Japan: A look back at the royal year focused on a not so royal wedding and the Olympics 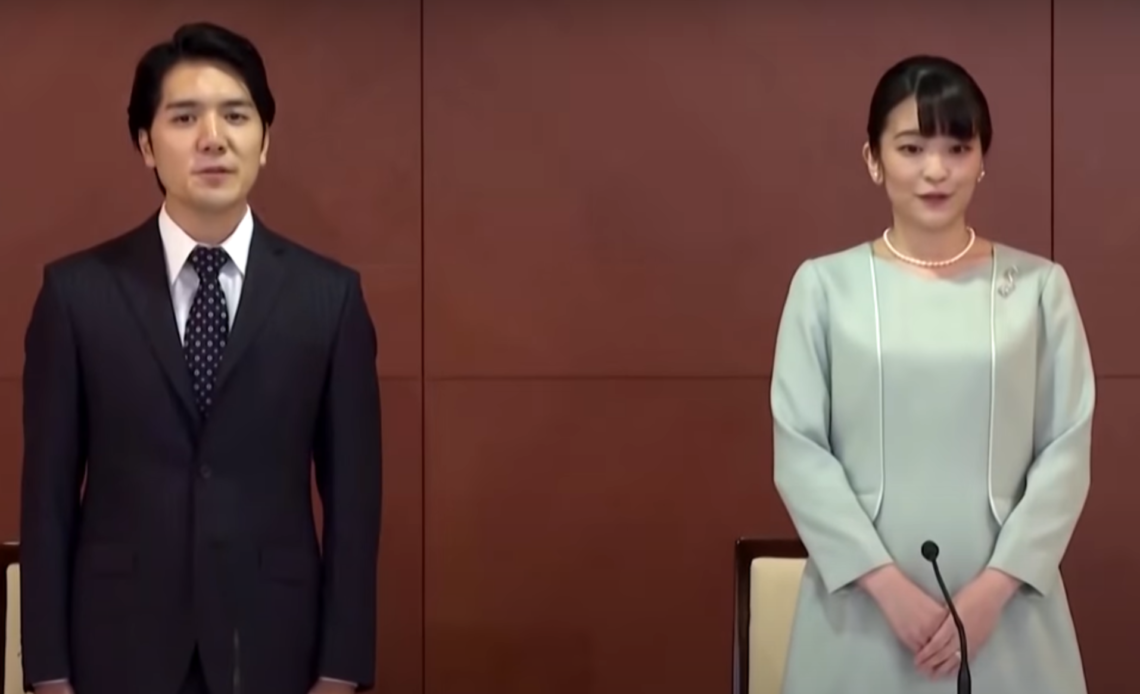 A not-so-royal wedding, the Olympics and remorse for war were the headlines coming out of Japan about the Imperial Family.

Most notably would be the wedding of former Princess Mako and her commoner husband, Kei Komuro. Though often and incorrectly, compared to Harry and Meghan departing the British Royal Family, the Komuros’ situation was entirely different. When Mako married her college sweetheart, Kei, she was legally obligated to leave the Imperial Family, and their children will receive no titles. Entitled to receive a lump sum payment from the government, she broke with tradition and declined the payment. It is believed she may have done this because Kei’s family made headlines over a financial dispute between his mother, her ex-fiance and Kei’s education.

In the end, former Princess Mako and Kei did marry in a simple service, with no royal flair. The Komuros then moved to New York City where Kei works at the Lowenstein Sandler law firm. Kei Komuro’s public image in Japan took another hit this fall when he failed the New York State bar exam. He plans to sit for the exam again in February 2022, and Mako has issued a statement of support for her husband.

The 2020 Summer Olympics took place throughout Japan earlier this year, against the wishes of most Japanese. Public opinion in Japan was remarkably against hosting the Olympics due to the pandemic. After all was said and done, it could be said the public was correct. Ahead of the games, the Japanese government declared the fourth state of emergency. Bringing in thousands of international athletes, coaches and staff while putting limits on the Japanese citizens seems to have backfired, leading to people not taking government protocols seriously. Case numbers also soared throughout the games and afterwards.

A month before the opening ceremony, the Grand Steward of the Imperial Household Agency, Yasuhiko Nishimura, said that Naruhito had expressed his concern over the games: “His Majesty is extremely worried about the current situation of the COVID-19 infections. While there are voices of unease among the public, I believe [the Emperor] is concerned that holding the Olympics and Paralympics … may lead to the expansion of the infections.” Emperor Naruhito did open the Olympic Games, but did not attend any events, nor did other members of the Imperial Family.

Emperor Naruhito, at the 76th anniversary of the surrender of Japan, conveyed “deep remorse” for Japan’s role in World War Two. His grandfather, Emperor Hirohito, ruled Japan during the war. Since then, Emperors Akihito and Naruhito, Hirohito’s son and grandson respectively, have tried to make amends for Japanese actions in international conflicts.

This fall, Emperor Emeritus Akihito was called on by former Japanese Ambassador to Lebanon, Naoto Amaki, to visit South Korea and help diffuse tensions. The Emperor Emeritus wanted to visit South Korea during his reign but was unable. He did visit a Korean Peace Memorial in 2005. Though no visit is on the schedule right now, it has not been ruled out for a future date.