Emperor Naruhito welcomes President Biden during his trip to Asia 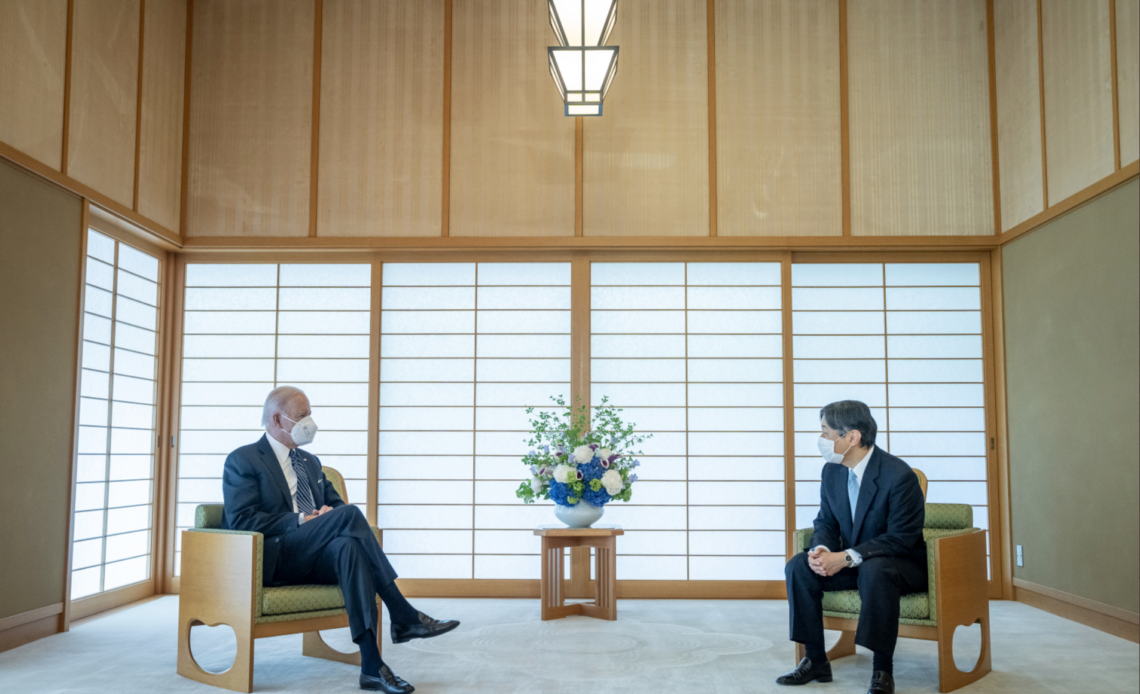 Emperor Naruhito of Japan welcomed US President Joe Biden at the Tokyo Imperial Palace during the latter’s two-day visit to Asia.

On Monday morning, His Imperial Majesty was waiting for the President when the Beast – the nickname for the President’s car – arrived at the Palace, and the two heads of state posed for a photo opportunity before they were ushered inside for a private meeting.

This meeting is expected to have various points of discussion. First and foremost, the main objective of President Biden’s visit: the signing of the Indo-Pacific Economic Framework, a vast proposal to strengthen ties between the US and its regional partners.

Another topic will be the Russian invasion of Ukraine, which has worried NATO and the G20 because of Putin’s aggressive strategies and because of the food insecurity that the blockade of the ports is creating all around the globe.

China’s progressively bolder hostility towards neighbouring countries and aggressive economic policies and harsh lockdowns that aggravate worldwide supply chain issues are also on the agenda, together with discussions about a potential increase of US military presence in the Pacific to counteract the economic giant.

And finally, the expansion of military force in the region could also serve as a deterrent for North Korea, which seems to have increased the number of missile and above-ground nuclear tests in recent months, probably as a response to South Korea’s election of a President who vowed to be tougher than his predecessor on the country’s northern neighbour.

The Japanese Emperor does not hold any political power, but he still represents Japan, a country that is firmly based on rituals and tradition, which made President Biden’s meeting with the head of state a mandatory stop of his trip.

Emperors are constitutionally banned from making any political statements, which created some issues when it came to Emperor Akihito’s decision to abdicate, something he could not say openly, as it would have been considered a comment on the laws of the country.

After the meeting with Emperor Naruhito, President Biden held a briefing with the Japanese Prime Minister, who is the de facto political head of the country.