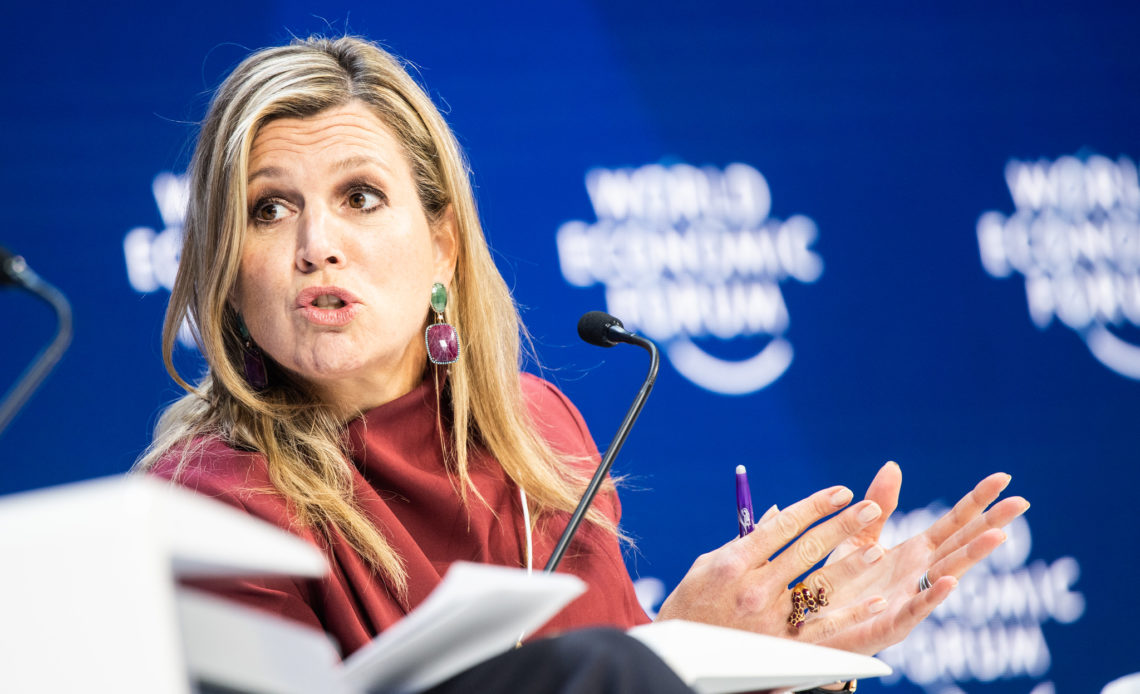 Queen Máxima of the Netherlands travelled to New York City from the 21st to the 23rd of September 2021 to take part in the 76th United Nations General Assembly.

Her Majesty presented the annual report to United Nations Secretary-General Antonio Guterres on the 23rd – the report having been written in her capacity as a United Nations’ Secretary General’s Special Advocate for Inclusive Finance for Development.

Specifically, the Queen’s focus is on Inclusive Finance for Development, a role that perfectly matches the curriculum she brought with her from her pre-royal life. Queen Máxima is an economics university graduate who worked for about 12 years in the banking sector, both in America and Europe, before meeting the then-Prince of Orange.

During her stay in New York City, Her Majesty conducted a series of bilateral and multilateral meetings with authorities and political figures involved in the financial inclusion cooperation environment.

More specifically, on the 23rd of September, she held a meeting with the three co-chairs of the Group of Friends of Financial Inclusion, the ambassadors of Indonesia, Peru and Tanzania.

Queen Máxima was nominated as the United Nations Secretary-General’s Special Advocate for Inclusive Finance for Development in September of 2009 by the then-Secretary-General Ban Ki-moon. Her role is supposed to bring light to the issue of making financial services and knowledge accessible to everyone, especially low-income people and small businesses, to promote their opportunities for economic and social development.

The Queen’s focus during this specific assembly was the impact the global health crisis has had on how people perceive the financial system and the importance having financial knowledge has in building safer portfolios and “buffers” to face unexpected crises. But the global shutdown has also accelerated the process of digitalisation of several financial services, and Her Majesty also discussed the implications of a digital financial system on the inequality fight, but also on the potential this offers for wider accessibility.

In addition to her presence in New York City, Queen Máxima will also give a digital speech on Tuesday, the 28th of September 2021 at the opening of the virtual roundtable Digital Financial Inclusion for Women in Africa: A Path to Recovery, Resilience and Innovation, during which she will hold a conversation with French Minister of Finance Bruno Le Maire and co-chair of the Bill and Melinda Gates Foundation Melinda French Gates.

Queen Máxima will also close the opening program of the International Labor Organisation “Financing for Development in the Era of COVID-19 and Beyond” event on the 28th of September. This digital meeting focuses on job creation, social security and poverty reduction and will include speakers such as UN Secretary-General Antonio Guterres, the Prime Minister of Canada Justin Trudeau, the Prime Minister of Jamaica Andrew Holness, the Director General of the ILO, Guy Ryder and Deputy Chairman and Deputy UN Secretary General, Amina Mohammed.