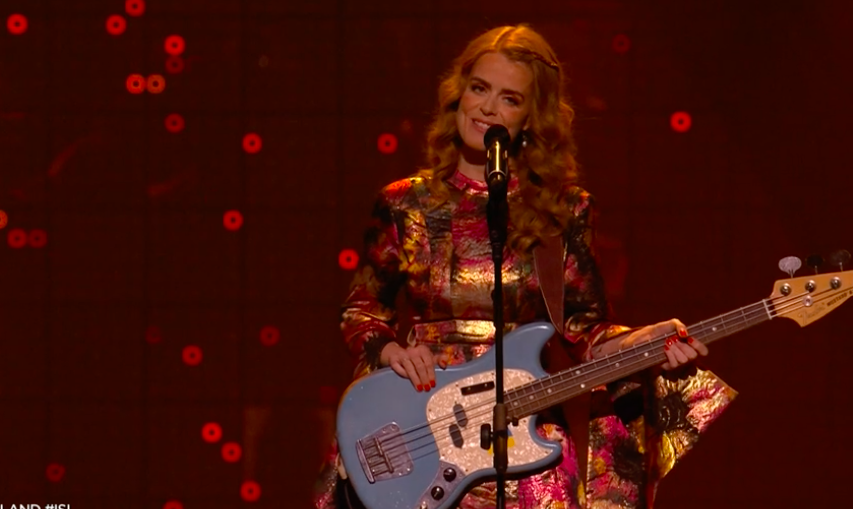 People took to social media in their droves on Saturday evening to comment on the strong resemblance one of the Eurovision Song Contest performers had to Princess Beatrice.

Representing Iceland, the band made up of three sisters – Sigríður, Elísabet and Elín Eyþórsdóttir – took to the stage.

Eurovision fans quickly took to social media after noticing that one of the sisters looked like the eldest York sister.

Another said: “She really DOES look like Princess Beatrice!”

BBC commentator Graham Norton said on air: “Special shout-out to Princess Beatrice for tagging along at the end.”

The Eurovision Song Contest is a was first held in 1956 and is transmitted live around the world on television and radio.

Over 50 countries take part, with nation selecting a performer and original song to perform at the contest, with competing countries casting votes for the other nations’ songs to determine a winner.

The contest was first held in 1956, with organisers hoping to bridge together a broken Europe following World War II through music.

The first contest had just seven countries taking part. Since then, over 50 countries have competed in the show’s history, with participation expanding well beyond Europe.