William At 40: the impact of his role with the Air Ambulance 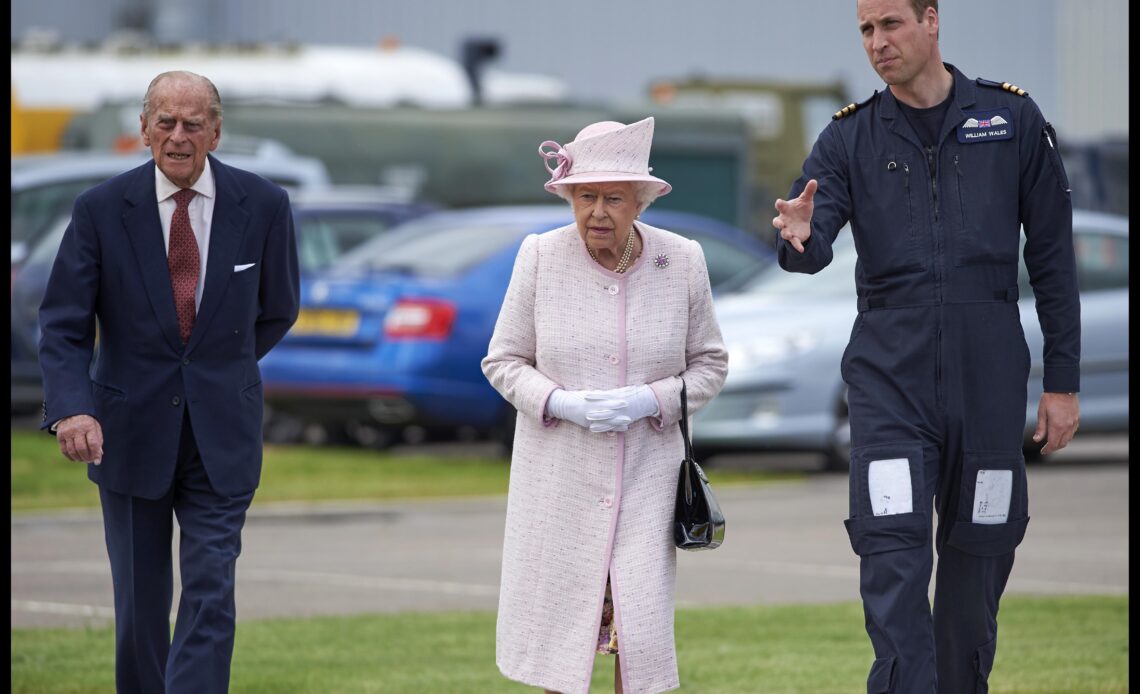 From 2015 to 2017, Prince William completed a royal first. He was with Bond Air Services to begin work as an East Anglian Air Ambulance (EAAA) helicopter pilot. This is first time a direct heir to the throne has had a civilian employment contract.

Starting his first day at Cambridge Airport, the Duke of Cambridge admitted: “It’s my first day and I’m feeling the nerves. I’m really looking forward to getting started.” Months earlier, Prince William, a Royal Air Force Search and Rescue Pilot, began training to transfer his skills to civilian licence. The Duke of Cambridge learned 999 response training and underwent five months of training, 14 exams and a flight test. Though his salary was not known, Prince William stated ahead of time it would be donated in full to charity.

Working in a civilian role allowed Prince William a chance at a “normal” life. At the time, the Duke and Duchess of Cambridge had just become a family of four following the birth of their daughter, Princess Charlotte. They reportedly enjoyed living in Norfolk and raising their children away from the spotlight.

The Duke of Cambridge, or Pilot William Wales, as he was known, was a part of a team of specialist doctors, critical care paramedics and pilots providing emergency medical services across Bedfordshire, Cambridgeshire, Norfolk and Suffolk. In a BBC interview, the second in line to the throne commented: “I love working as a team: that’s something that my other job doesn’t necessarily do: you are more out there on your own a little bit.” Patrick Peal, Chief Executive of East Anglian Air Ambulance, said Pilot Wales was an “integral part of the team” and “not only a fantastic pilot, but a much loved and valued member of the crew.”

Prince William was one of 11 EAAA pilots but he was the only one who made the news just because his grandparents had come to visit. In 2016, The Queen and Prince Philip went to Cambridge Airport to open the EAAA charity’s new operating base, the Egerton-Smith Centre. As a bonus, they received a tour from their pilot grandson, who had just landed 20 minutes prior after attending to an emergency call out. Prince William shared with his grandparents, that he saw them take off from Sandringham as he was returning to base. Shortly after he kissed The Queen and Duke of Edinburgh goodbye, Pilot Wales was back in the air responding to an emergency.

Throughout his career as a pilot, the Duke of Cambridge encountered difficult situations. Prince William remembered one night in particular: “Immediately it became clear that this young person was in serious difficulty, sadly been hit by a car. And of course there are some things in life you don’t really want to see. And all we cared about at the time was fixing this boy. And the parents are very hysterical, as you can imagine, screaming, wailing, not knowing what to do, you know, and in, in real agony themselves. And that lives with you.” Prince William went onto to explain that though the team was able to stabilize the individual, he went home upset, internally. “I wasn’t in tears, but inside, I felt something had changed. I felt a sort of, a real tension inside of me.”

Prince William praised the EAAA for having mental health professionals on hand to listen. “I was lucky enough that I had someone to talk to at work in the Air Ambulance because mental health where I was working was very important. Talking about those jobs definitely helped, sharing them with the team, and ultimately, in one case, meeting the family and the patient involved who made a recovery, albeit not a full recovery, but made a recovery.” He went onto to encourage others who are struggling with their feelings, to reach out and ask for help.

In 2017, Prince Philip retired from public duties, The Queen was cutting back her workload and Prince George was preparing the start school. For Pilot Wales, it was time to transition to full time royal work.

Prince William referred to his time in the pilot’s seat as a “huge privilege.” He took to time to write in the Eastern Daily Press the following letter:
“As I arrive for work at East Anglian Air Ambulance this evening, my last shift with this incredible team, I wanted to say thank you to my colleagues, team mates and the people of East Anglia who I have been so proud to serve. Over the past two years I have met people from across the region who were in the most desperate of circumstances. As part of the team, I have been invited into people’s homes to share moments of extreme emotion, from relief that we have given someone a fighting chance, to profound grief. I have watched as incredibly skilled doctors and paramedics have saved people’s lives. These experiences have instilled in me a profound respect for the men and women who serve in our emergency services, which I hope to continue to champion even as I leave the profession. I am hugely grateful for having had this experience. Having had the great good fortune to experience serving the East Anglian Air Ambulance, I would like to finally say thank you to the community who fund, support and keep the air ambulance flying. As I hang up my flight suit, I am proud to have served with such an incredible team of people, who save lives across the region every day.”