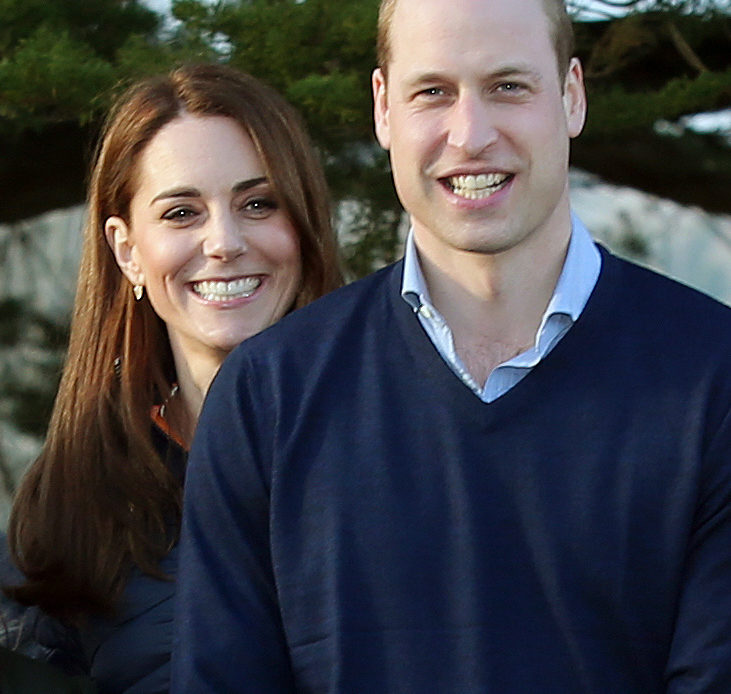 Twenty years on from when they first met at the University of St Andrews, the Duke and Duchess of Cambridge will return for a visit to their alma mater during a royal visit to Scotland this week.

Ahead of their visit, let’s look back on their university romance.

William and Kate enrolled at the University of St Andrews in 2001, both preparing to study for a degree in the History of Art.

In an interview ahead of traveling to Scotland, William gave an almost prescient quote to the BBC: “I want to go there and be an ordinary student. I mean, I’m only going to university. It’s not like I’m getting married—though that’s what it feels like sometimes. It will get easier as time goes on. Everyone will get bored of me, which they do.”

Coincidentally, the University of St Andrews boasts an impressive statistic: it is one of the best match-making universities in the United Kingdom, with one in 10 students marrying a fellow student. In fact, at their graduation ceremony in 2005, William and Kate were told that “You may have met your husband or wife.”

Kate, who’d arrived for Freshers Week in early September 2001—a week of orientation and partying for first-year students—acclimatised herself to the school and started making friends. William arrived a week later with an agreement from the press to leave him be during his time at university, and settled into his own dormitory room.

The royals, by their own admission, didn’t meet right away. In their engagement interview in November 2010, Kate revealed, “William wasn’t there for quite a bit of the time initially, he wasn’t there for Freshers Week, so it did take a bit of time for us to get to know each other but we did become very close friends from quite early.”

She also admitted to blushing bright red when she first met him, “and sort of scuttled off, feeling very shy about meeting you.”

“We were friends for over a year first and it just sort of blossomed from then on. We just spent more time with each other, had a good giggle, had lots of fun and realised we shared the same interests and just had a really good time.”

In their second year, they moved off campus and lived in a flat with friends, and their relationship began to blossom. Kate told celebrity chef Mary Berry in 2019 that William would cook for her during their student days, “I think that’s when he was trying to impress me, Mary. Things like Bolognese sauce and things like that.”

In her engagement interview, she also revealed that William’s cooking came with “a bit of angst and a bit of anger if something had gone wrong and I would have to wander in and save something that was going.”

A classmate later told People magazine in a special 10th wedding anniversary issue this year that, “Whenever Kate was in the room, Will was obviously paying attention to her. When we’d be sitting at lunch in the dining hall and the two of them would be talking, it was amazing to see how natural it was, how they had so much to say to each other. Looking back, there were all these small moments—certainly moments where I was like, ‘Wow, this could really be something.’”

Their relationship remained private until 2004, when they were photographed skiing in Switzerland, and the couple graduated in 2005—Kate with a 2:1 in History of Art and William with a 2:1 in Geography.

William hadn’t found the coursework for the History of Art to be one he wished to pursue, and it was Kate who encouraged him to switch his focus to Geography. His dissertation was about the Rodrigues coral reefs in the Indian Ocean; Kate’s was about the art of Lewis Carroll, ‘Angels from Heaven’: Lewis Carroll’s Photographic Interpretation of Childhood.

Before their graduation ceremony—which was attended by The Queen, The Duke of Edinburgh, The Prince of Wales and The Duchess of Cornwall—William is reported to have said, “I just want to say a big thank you to everyone who has made my time here so enjoyable. I have been able to lead as ‘normal’ a student life as I could have hoped for and I’m very grateful to everyone, particularly the locals, who have helped make this happen.”

In 2011, months ahead of their wedding, they returned to the University of St Andrews to launch a 600th anniversary appeal. William called returning to their alma mater: “It feels like coming home.”

In 2014, during a visit to New York City, William and Kate attended a fundraiser for the St. Andrews 600th Anniversary Dinner. In a speech, William said, “I don’t need to tell all of you just how much St Andrews means to me and Catherine.”

He continued: “For Catherine and me, it will always be a very special place and we have the warmest memories of our time there as undergraduates and the friends we made there.”

This week, William and Kate will return to the University to meet current students and to learn more about their educational experiences throughout the coronavirus pandemic. Royal Central will provide full coverage of their visit.