William and Catherine set their sails on Fife beach 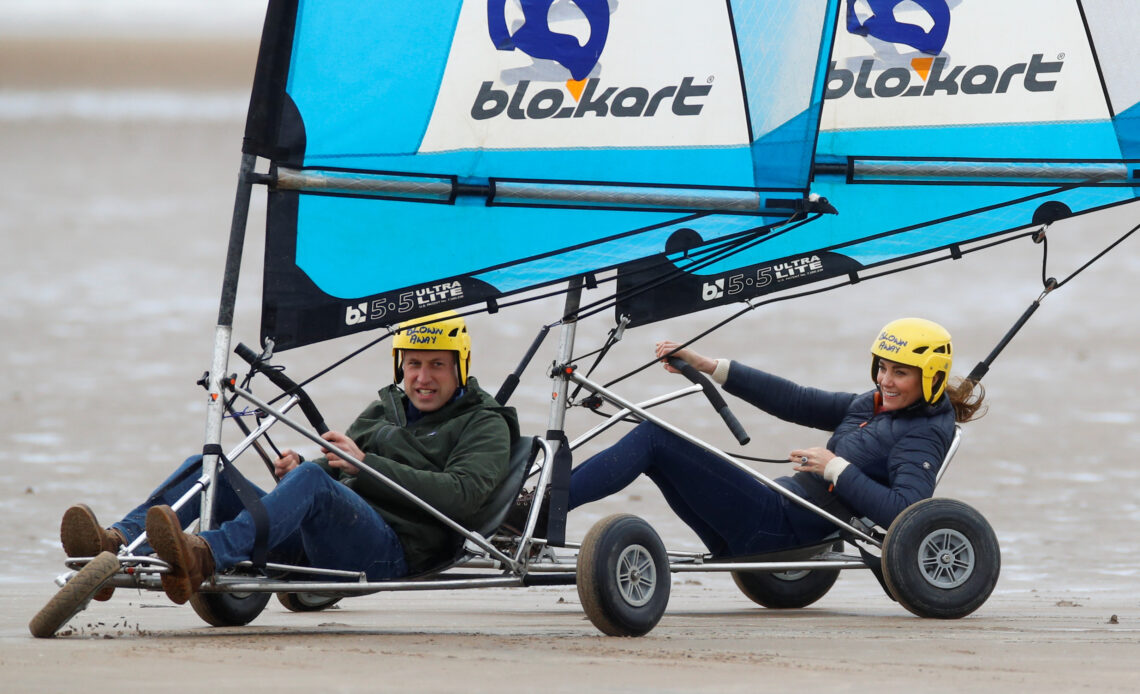 The Earl and Countess of Strathearn breezed across the beach at West Sands in St. Andrews when they joined in on a land yachting excursion with young carers in Fife.

William and Kate were joined by members of Fife Young Carers, an organisation that supports young people who are put into the position of caring for an ill family member by providing them with age-appropriate support to look after their own mental and physical wellbeing.

According to Kensington Palace, there may be as many as 6,785 young people in Fife who consider themselves young carers—roughly one in eight young people who have had to look after a family member living with an illness, addiction, mental health issues or physical disability.

During their visit to the famous West Sands beach, the royal couple heard about the experiences of these young carers and how the coronavirus pandemic has impacted their support roles.

“You should be proud of yourselves,” William told them. “There’s a lot of pressure on you guys and you’ve done really well.”

One of the new initiatives that the royals learned about was the Young Carers Authorisation Card, which allows young carers to simply show an identification card at schools, pharmacies, or other medical places where they may need to visit and not have to constantly tell their stories, limiting the impact on their mental health and privacy. The cards will be widely used in the Fife area.

William and Kate then took part in a land yachting session, organised by a local company called Blown away, the only commercial land yachting company in Scotland.

The Countess took an early lead, however a gust of wind propelled William into the lead—though a gust almost took him straight into the ocean, with the guides warning that if he got into the water, there was nothing blocking him from heading straight to Norway. Another gust of wind lifted one of Kate’s back wheels, leading to William winning the race.

After their race, the royals continued their visit to Fife, stopping in at the University of St Andrews to visit their alma mater, visiting local fishermen of the Pittenweem Fishermen’s Mutual Association, and then returning to the Palace of Holyroodhouse to host a screening of Cruella for NHS Scotland frontline workers.