What is Trooping the Colour? 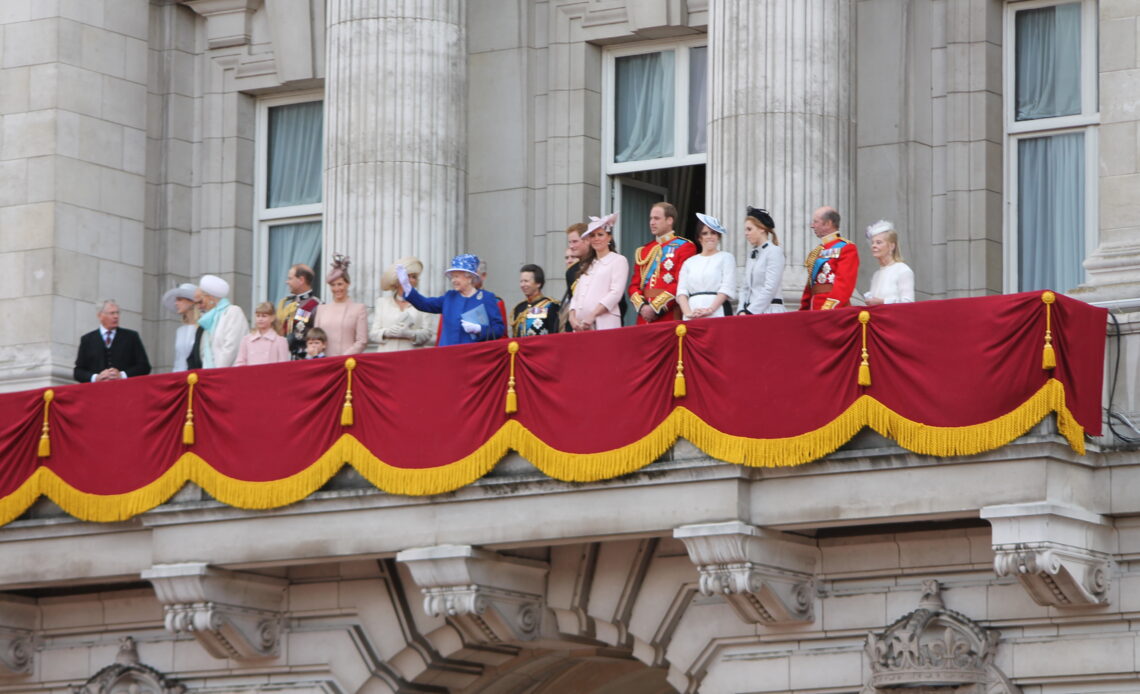 For over 260 years, Trooping the Colour has marked the official birthday of the British sovereign. While Queen Elizabeth II was born in April, the annual event takes place in June. Over 1,400 parading soldiers, 200 horses, and 400 musicians come together for military precision, horsemanship, and fanfare during the event.

The streets are lined with crowds as the parade moves from Buckingham Palace and down The Mall to Horse Guard’s Parade. Joining Her Majesty, other members of the Royal Family join on horseback and in carriages. Once The Queen arrives at Horse Guard’s Parade in Whitehall, she is greeted by a royal salute and then carries out an inspection of the troops. The troops consist of fully trained and operational soldiers wearing the ceremonial uniform of red tunics and bearskin hats.

The Queen used to attend on horseback herself, but in recent years, she’s made the journey by carriage. After the military bands perform, the escorted Regimental Colour, or flag, is processed down the ranks of soldiers. Over 100 words of command are used by the Officer in Command of the Parade to direct the soldiers.

Before riding back to Buckingham Palace at the head of the soldiers, the Foot Guards once again march past The Queen. Once back at the palace, The Queen is joined by other members of the Royal Family on the balcony of Buckingham Palace to watch a fly-past by the Royal Air Force. A 41-gun salute is also fired in the nearby Green Park to mark the occasion.

In 2020, the event was cancelled due to the pandemic. Instead of the annual celebration at Buckingham Palace, The Queen participated in a socially-distant, dialed-down version of Trooping the Colour at Windsor Castle. This year will mark the second year in a row the event’s been cancelled, specifically because of the coronavirus. The event has been cancelled several times over the years, the most recent being in 1955 after a National Rail Strike.