Why did Prince Charles and Prince William wear green sashes at Trooping the Colour? 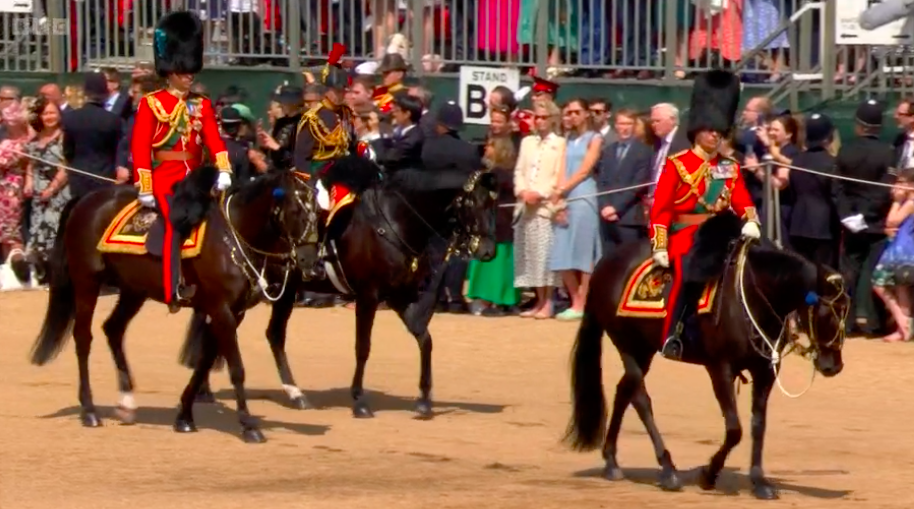 The ladies of the Royal Family might’ve garnered the most headlines for what they wore to the Trooping the Colour ceremony on Thursday, but if you paid attention to what the Prince of Wales, the Duke of Cambridge and the Princess Royal were wearing, you’d unlock a treasure trove of heraldry and history.

The trio of royals who took the salute at Horse Guards at Guildhall wore distinctly different ribands and badges on Thursday than they’d normally wear at Trooping the Colour, and the reason comes down to the calendar date of this year’s ceremony.

The Queen’s coronation anniversary date, 2 June, is considered a Collar Day, meaning that on this day, the collar insignia of some British orders can be worn. The collar itself is a heavy metal link chain that is worn over the shoulder.

On Collar Days, members of specific royal orders of knighthood must wear the collar of their highest order. For Prince Charles, Prince William and Princess Anne, that is the collar of the Order of the Garter.

The distinctive green ribands worn on Thursday are the ribands of the Order of the Thistle, and the royals wore these because on Collar Days, you cannot wear both the collar and the riband of the same order; you must wear the riband of your next highest order.

Other Collar Days include specific religious holidays like Christmas, Easter and Epiphany, Accession Day (6 February), The Queen’s birthday (21 April), the date of the Restoration of the Royal Family (29 May), the Duke of Edinburgh’s birthday (10 June), the Queen Mother’s birthday (4 August), and Coronation Day, among others.