No Time To Die – William, Catherine, Charles and Camilla dazzle on the red carpet for James Bond premiere 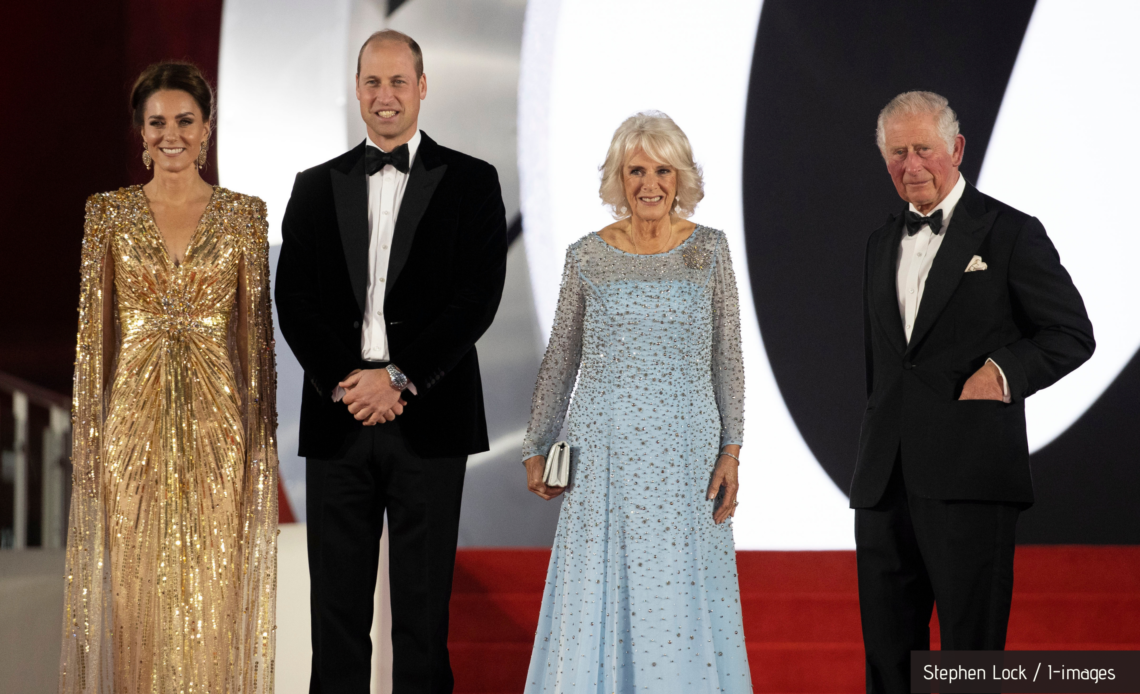 The royals met James Bond on the red carpet Tuesday evening, attending the premiere of the latest Bond film, No Time To Die.

The Prince of Wales and the Duchess of Cornwall were joined by the Duke and Duchess of Cambridge for the star-studded premiere at Royal Albert Hall. It marked the first royal red carpet event since before the pandemic began.

In addition to walking the red carpet, the royals met with some of the stars of No Time To Die including Daniel Craig—who appears as James Bond for the final time—and Rami Malek, Lashana Lynch, Léa Seydoux; as well as the screenwriters Phoebe Waller-Bridge, Neal Purvis and Robert Wade; the films producers; and Billie Eilish and her brother Finneas O’Connor, who recorded the latest Bond theme song, ‘No Time To Die.’

Alongside the stars in attendance, including Jason Momoa and British tennis champion Emma Raducanu, health care workers and members of the British Armed Forces were also invited as a thanks for their extraordinary contribution to the UK’s pandemic response.

In an interview on the red carpet, Craig said he was excited for audiences to see the 25th James Bonds film in theatres. “We’ve had COVID so everything has to be put into perspective, doesn’t it?” he asked.

“I am greatly relieved: we make Bond movies for the cinema and we’re here and I couldn’t be happier about that.”