Camilla at 75: how Camilla carved a new role for herself in the Royal Family 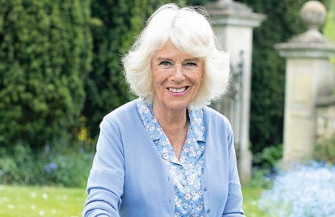 The road to royalty wasn’t an easy path for the Duchess of Cornwall, but through all of the obstacles and hardships, she has come out the other side as a key member of the Royal Family and, vitally, its official future queen consort.

When the Prince of Wales announced his engagement to long-time partner Camilla in 2005, it was met with instant and constant criticism. Without dredging up too much about the tumultuous ‘80s and ‘90s, suffice it to say that the likelihood that Camilla would ever gain a positive reputation seemed less than zero.

The horror that she would ever be referred to as a queen consort led Prince Charles to issue a statement saying that when the time came, she’d instead be called Princess Consort (a term that’s never been used before). She couldn’t even use the title Princess of Wales—one that she was automatically given upon her marriage—because of the association with the late Diana, Princess of Wales. Instead, since April 2005, she has dutiful been known as Her Royal Highness The Duchess of Cornwall, a less showy title but one that seems to befit the woman possessing it.

In an interview with British Vogue ahead of her birthday, she spoke about the constant criticism dating back to the infamous ‘80s and ‘90s, saying: “I was scrutinised for such a long time that you just have to find a way to live with it. Nobody likes to be looked at all the time and, you know, criticised and… But I think in the end, I sort of rise above it and get on with it. You’ve got to get on with life.”

There was no way for Camilla to enter the Royal Family and take up as much room as Diana’s vivacious personality once did. Instead, her tack has been one of keeping her head down, working behind the scenes on pet causes, and becoming vital support for the charities and organisations she works with.

For domestic violence awareness and supporting its survivors, for rescued pets, and for the love of literacy and writing, Camilla has dedicated herself to the work in these areas and is committed to continuing on with it as queen consort.

“I shall carry on as much as I can. You can’t desert things that you’re in the middle of. There’s a lot of things to be done still,” she said in British Vogue.

Last week, when attending an Oldies Lunch for her 75th birthday, Camilla spoke of her late father-in-law, Prince Philip. She said: “The Duke of Edinburgh’s philosophy was clear: ‘Look up and look out, say less, do more—and get on with the job.’

“That is just what I intend to do. Both he and Her Majesty have always been the very touchstone of what it truly means to ‘get on with the job,’ and an inspiration to each one of us here to do the same, whatever our age.”

And Camilla’s long game of keeping her head down and getting on with the job has served her well in the 15 years she’s been a member of the Royal Family.

On Accession Day earlier this year, The Queen used a part of her message to make her wish known that “when, in the fullness of time, my son Charles becomes King, I know you will give him and his wife Camilla the same support that you have given me; and it is my sincere wish that, when that time comes, Camilla will be known as Queen Consort as she continues her own loyal service.”