The sparkling story of the Crown of Scotland 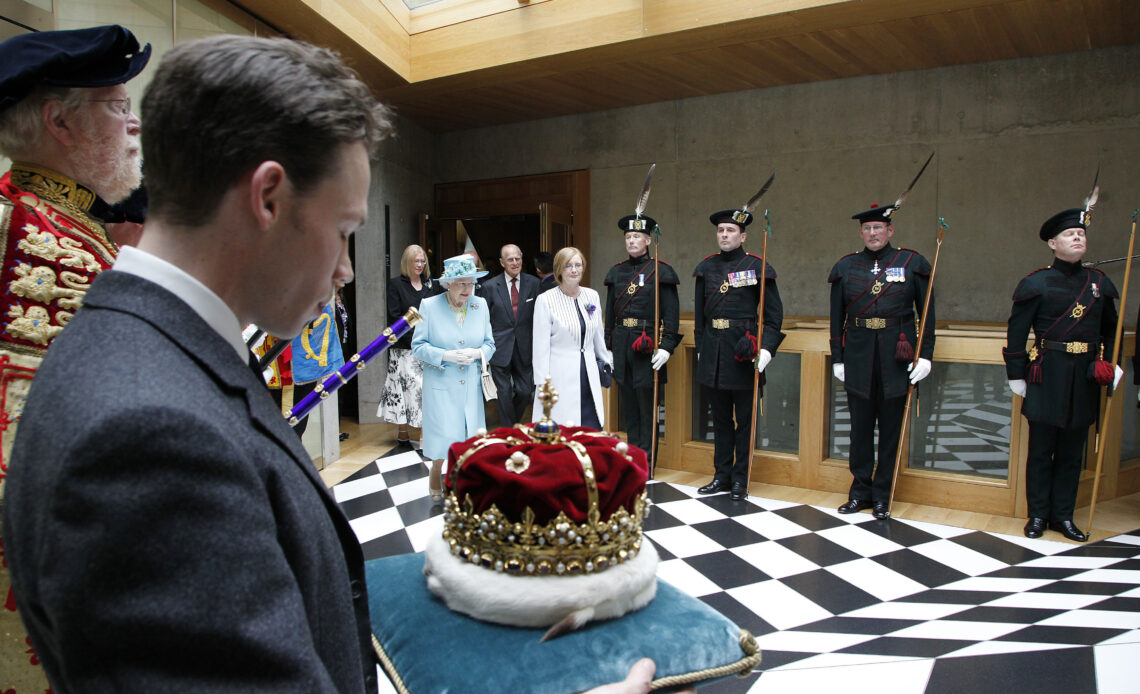 The crown jewels of Scotland are officially known as the Honours of Scotland. The Honours were used in the coronation ceremonies of Scottish monarchs, beginning with Mary, Queen of Scots (1543), through King Charles II (1651). Under Queen Anne, England and Wales officially formed a Union with Scotland and going forward, monarchs would use the English crown jewels in their coronation ceremonies.

There are three elements to the Honours of Scotland: the Crown of Scotland, the Sword of State, and the Sceptre of Scotland.

The Crown of Scotland dates back to 1540 and was made for King James V; he wore it to his wife’s coronation in 1540. It is made of gold, silver, and precious jewels, including pearls and amethyst, and weighs 1.6 kilograms. The base features alternating fleur-de-lis and crosses fleury.

The Sword of State was a papal gift from Pope Julius II to King James IV, given in 1507. It is just short of one metre in length, and the design includes etchings of Julius’s name, Saint Peter, and Saint Paul. The handle design features a crossguard of two dolphins, oak leaves, and acorns.

The Sceptre of Scotland was also a papal gift given to King James IV by Pope Alexander III in the 1490s. (Historians are not certain of exactly when the sceptre was given.) It is made of silver and polished rock and includes figures of dolphins, Saint Andrew (patron saint of Scotland), and the Virgin Mary with a baby Christ.

After the Act of Union in 1707, it was decided that the Honours of Scotland were no longer needed and would remain in Scotland. They were placed in a wooden chest at Edinburgh Castle, and the Crown Room was largely sealed up.

In 1818, the Prince Regent (future George IV) tasked Sir Walter Scott to lead a group to recover the Honours. The group re-opened the room and found the Honours (along with an unidentified silver wand) in the chest where they were left.

Unless used for a ceremony, the Honours of Scotland are now on display in the Crown Room at Edinburgh Castle.