The Royal Wedding Cake of the Duke and Duchess of Cambridge 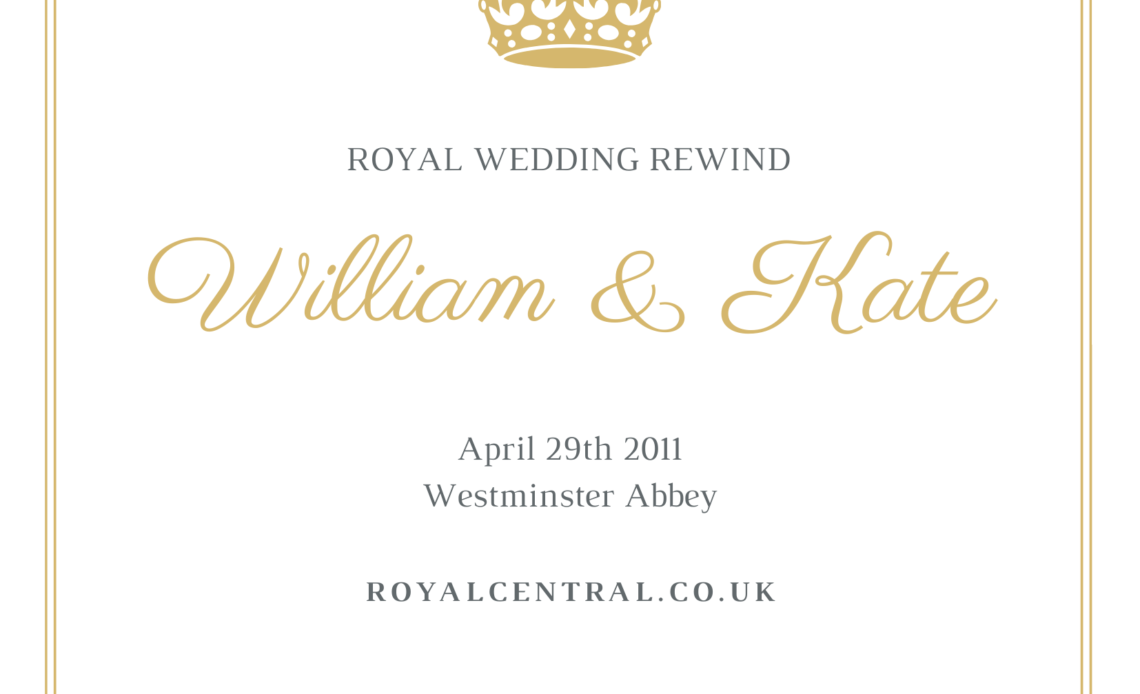 It’s the cake that keeps on giving. The flower strewn bake that took centre stage at the wedding of the Duke and Duchess of Cambridge on April 29th 2011 still makes its presence felt with slices of it popping up at auction with what seems like an almost metronomic regularity. But then there was plenty to go round as this was a whopper of a cake. Standing eight tiers tall and weighing in at over 220 pounds, William and Kate’s wedding cake was a style statement all of its own.

In fact, it echoed the bride’s own style as the intricate icing across the three and a half foot tall confection included sugar work copies of the lace on Kate’s famous wedding dress. That nestled amongst paste flowers that echoed the bridal bouquet as well as incorporating symbolic blooms with both public and private meaning.

The cake was the work of Fiona Cairns, a Leicestershire based master baker who began her business in the 1990s and whose fruit cakes had become a favourite with royalty and celebrities. She said William and Kate had asked for a cake that was ‘’romantic and informal’’, a brief which resulted in this modern take on the traditional royal wedding centerpiece.

There are actually seventeen fruit cakes in this wedding display with the twelve largest forming three tiers, each of four bakes, at the base of the creation which support the five upper layers. The cakes were baked in Leicestershire to a secret recipe which included cherries, grated orange and lemon and French brandy as well as epic amounts of dried fruit. They were then driven to Buckingham Palace where a team of six people spent three days putting the final work together.

Their task included adding icing in lattice, shell and scroll designs across the cake and carefully placing over 900 sugar flowers over its eight tiers. The petals represent seventeen different blooms, all chosen by the Duchess of Cambridge.

Some mirrored her bouquet with lily of the valley, so prevalent in her posy, gracing the upper part of the cake as well as heaps of bridal roses and orange blossom, in sugar form, in the decorations. The floral symbols of the four countries of the United Kingdom were also included while the bride requested icing versions of Sweet William for the cake as another nod to her groom. And to ensure the cake fitted its royal surroundings, the fourth tier incorporated an iced version of the garlands on the walls of the Picture Gallery where the guests got their first glimpse of the bake on the royal wedding day.

But that wasn’t the end of the story for this regal cake. Parts of this famous bake have made reappearances in the years since with several slices going up for sale. At the end of last year, a slice of the cake sold for around £650 when it was put under the hammer by Chiswick Auctions. Another piece went up for grabs in 2018 in a sale organised by Julien’s Auctions of Beverley Hills who in 2014 sold a piece of William and Kate’s wedding bake for around £6,000.

Presumably, these slices of royal history are from the bottom part of the cake as the top tiers were whisked away to Kensington Palace in the late summer of 2011 with one emerging again in October 2013 for the christening celebrations for Prince George. It was a traditional chapter in the story of a cake that has taken its own place in royal wedding history.

Kate and William’s wedding features in our new book. You can buy Royal Weddings: A Collection from Royal Central on Amazon in both ebook and paperback.