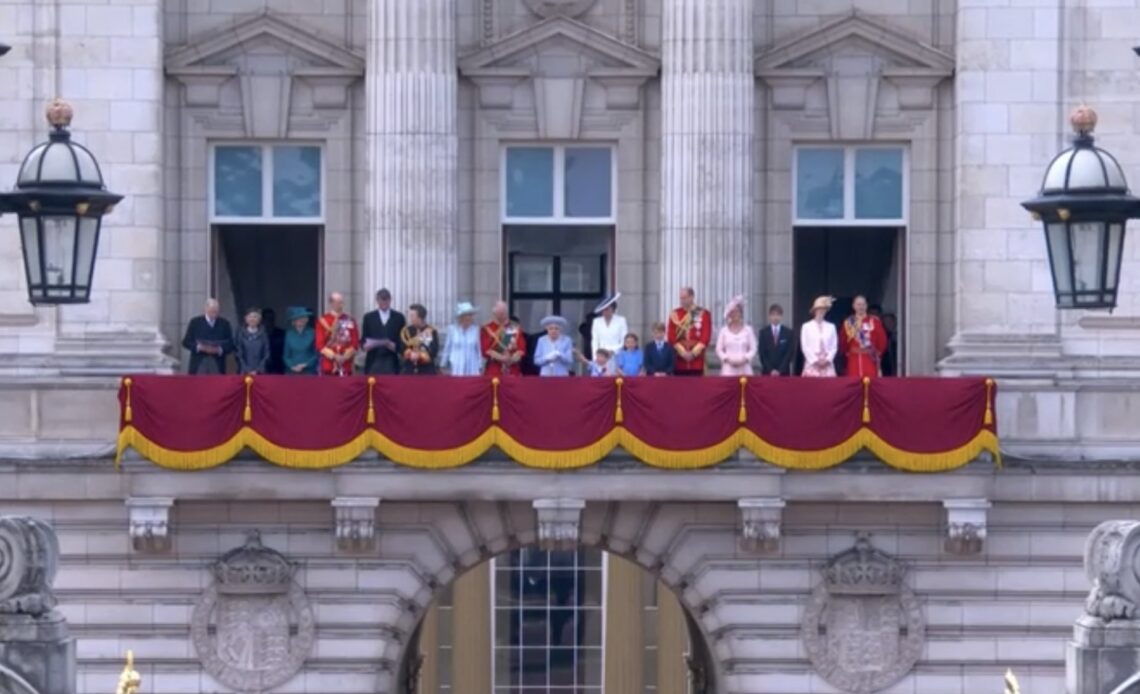 The Royal Family has taken to the Buckingham Palace balcony for a historic appearance.

The royals appeared on the balcony to greet the jubilant crowds gathered to celebrate Her Majesty’s milestone.

The Queen walked onto the balcony alongside Prince Charles. They were followed by the Cambridge family, the Wessexes and Princess Anne and her husband.

Young Prince Louis, 4, stood beside his great grandmother and first appeared a bit bored before his mother had a quick chat with him. He then got quite excited as the planes appeared for the flypast and began waving before they flew over Buckingham Palace.

The Queen was even seen having a nice chat with her young great-grandson. As he covered his ears from the loud noise of the flypast, The Queen laughed and pointed out for him to watch the next set of planes, which would have red, white and blue smoke follow behind them.

The family then watched the flypast by the Royal Air Force as is tradition during The Queen’s birthday parade.

The National Anthem was played before The Queen gave a final wave, and the family went back inside Buckingham Palace.

Her Majesty made the decision a few weeks ago that only working royals would join her for the balcony appearance at Trooping the Colour for her Platinum Jubilee.

Other extended members of the Royal Family are inside Buckingham Palace.

Earlier, The Queen took the Trooping salute from the balcony alongside her cousin, the Duke of Kent, for the first time.

During the parade, the Prince of Wales, Duke of Cambridge and Princess Royal rode on horseback after Charles took the salute at Horse Guard’s Parade.

The Duchess of Cornwall, Duchess of Cambridge, Prince George, Princess Charlotte, and Prince Louis, were in the first carriage greeting the crowds. They were joined by the Earl and Countess of Wessex, Lady Louise and Viscount Severn in the second carriage and Duke and Duchess of Gloucester and Sir Tim Laurence in the third coach.

The Queen is expected to have a private lunch with her family once the balcony appearance concludes.