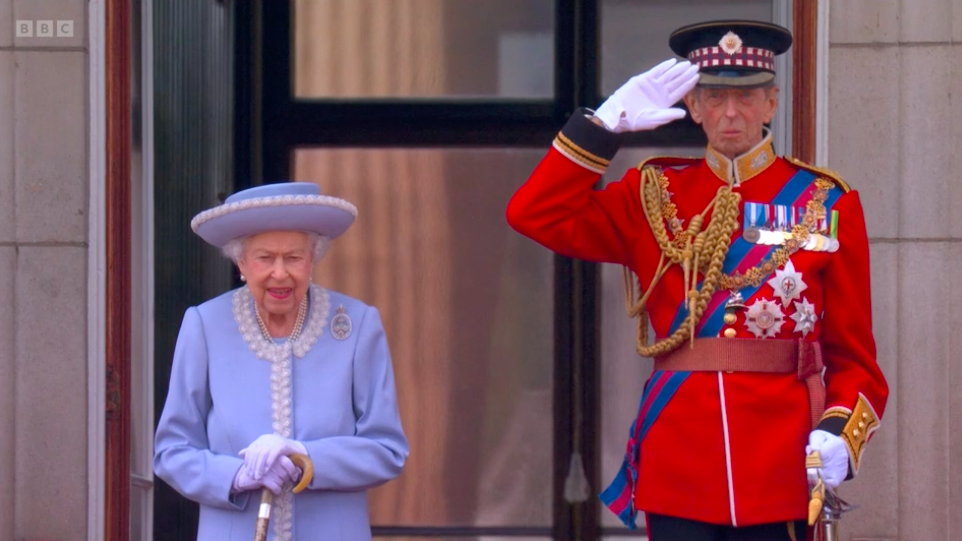 The Queen’s cousin, the Duke of Kent, took a leading role in the Platinum Jubilee celebrations as he appeared on the Buckingham Palace balcony alongside the monarch for Trooping The Colour.

Her Majesty did not attend Horse Guards Parade for her birthday parade, instead opting to watch the troops return to the palace.

The 96-year-old monarch chose her cousin, the Duke of Kent, to accompany her on the balcony for the occasion.

Since the Duke of Edinburgh retired from public duties, the Duke of Kent has been at The Queen’s side for most state events.

During the pandemic, he was the only member of The Royal Family to accompany Her Majesty to the scaled down Trooping events.

After appearing on the balcony with the Duke, Her Majesty later returned for the flypast with working members of her family.