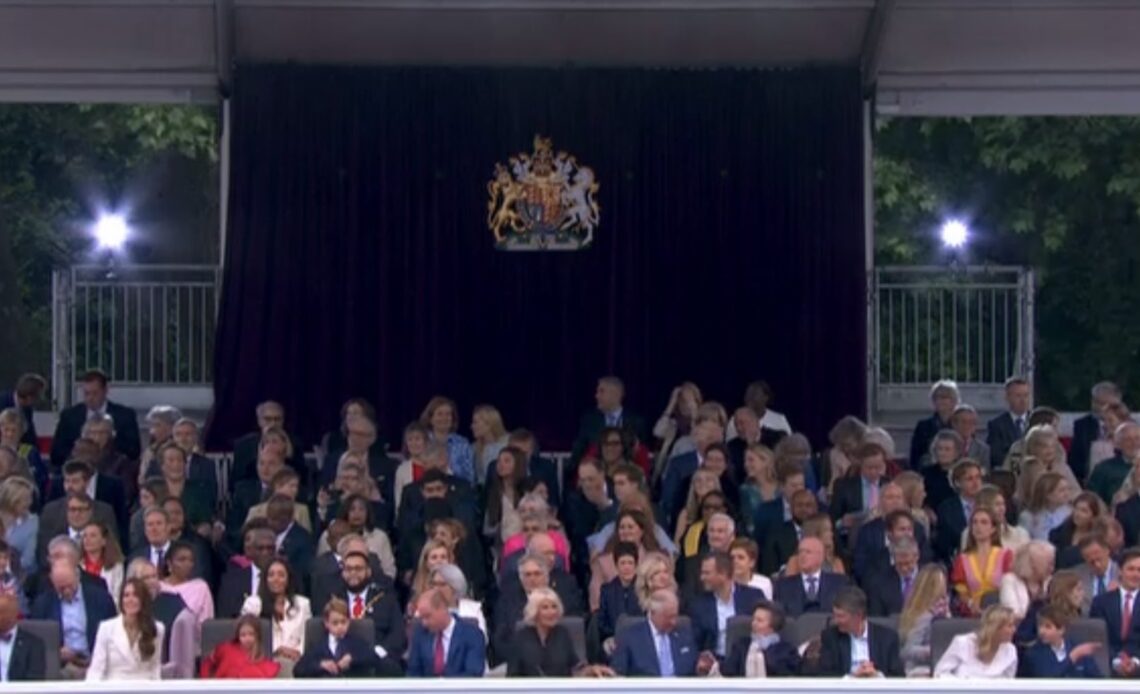 Members of The Royal Family gathered at Buckingham Palace on Saturday evening for a concert held in honour of The Queen’s Platinum Jubilee.

Although The Queen wasn’t there in person, she took part in a pre-recorded sketch where she enjoyed a cup of tea and a marmalade sandwich with Paddington Bear.

Leading the royal party in person at the concert was the Prince of Wales and the Duchess of Cornwall.

The Duke and Duchess of Cambridge could also be seen in the Royal Box along with their two eldest children – Prince George and Princess Charlotte.

Sat next to Prince Charles was the Princess Royal and Sir Tim Laurence, fresh from their busy day at Epsom Downs Racecourse for the Derby.

Completing the royal line up in the front row was the Earl and Countess of Wessex, alongside their two children, Lady Louise and James.

Further back in the box, Zara and Mike Tindall could be seen enjoying the concert, as could Prince Michael of Kent.

The Platinum Party At The Palace saw a number of performers, including UK Eurovision star Sam Ryder, Andrew Lloyd Webber and Diversity.