The real value of The Queen’s crown uncovered: How much is it really worth? 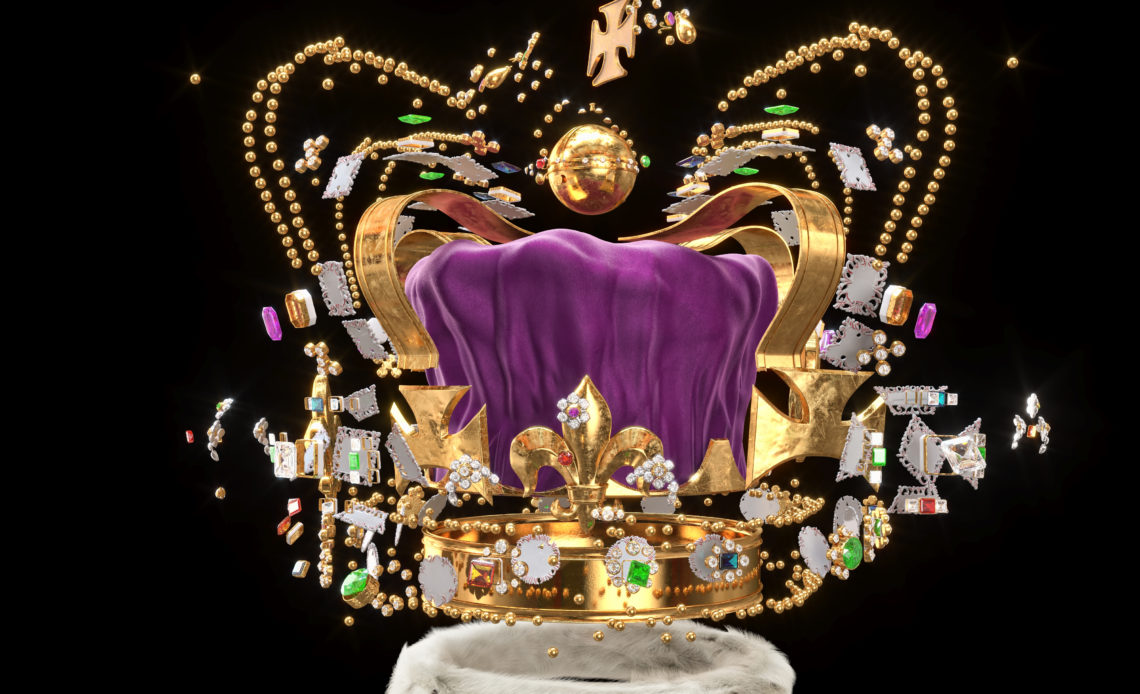 It’s one of the most recognisable symbols of royalty in the world, and with hundreds of years of royal history and coronations behind it, St Edward’s Crown is a priceless national treasure … but really, what is it actually worth?

As The Crown returned to Netflix this past weekend, personal finance blog SavingSpot virtually deconstructed The Queen’s coronation crown to estimate the real-life cost of each component. And after studying images and historical information about St Edward’s Crown, they came up with a value of more than 3.6 million pounds (£3,658,373 to be precise).

What’s especially interesting is, despite its extremely high value, the crown actually isn’t insured, and neither are the rest of the Crown Jewels. Because of their extreme historical significance, they simply cannot be replaced. However, despite the fact they’ve never been officially valued, the total worth of the Crown Jewels is estimated at around 3.5 billion pounds.

Being the crown used at the moment of coronation, St Edward’s Crown is an officially priceless historical treasure. It was made for Charles II in 1661 as a replacement for the original crown that was destroyed by the Parliamentarians in 1649. Although St Edward’s Crown is not an exact replica, it follows the design of the original crown which is thought to date back to Edward the Confessor. The crown was commissioned by the Royal Goldsmith, Robert Vyner, and contains four crosses-pattée, four fleurs-de-lis, and two arches.

According to the Royal Collection Trust, St Edward’s Crown, with its velvet cap and ermine band, “is composed of a solid gold frame set with semi-precious stones, including rubies, amethysts, sapphires, garnet, topazes and tourmalines.” However, these gems were actually borrowed until the early 1900s.

The crown actually contained hired gems that were returned after each coronation until 1911, when St Edward’s Crown was permanently set with stones for the coronation of George V.

SavingSpot collaborated with the team at NeoMam to collect information about St Edward’s Crown and its individual pieces, and described their methodology as such:

“We used the International Gem Society‘s gem size guide and the images, to gauge the number of carats in the gems to determine their rough weight. This step was followed by estimating the weight of the velvet and ermine based on the size of the crown. We then subtracted all of this from the total weight of the crown to give us the weight (and value) of the gold in the crown. We consulted the catalogue of the Queen‘s official supplier of fabric to get a value for the velvet and researched the average price of ermine.

Next, we estimated the value of each gem. Before we undertook this process, we consulted a registered gem valuer who explained the limitations and problems we were faced with. A qualified gem valuer would need to remove each gem from the crown and inspect them with specially designed instruments to ascertain the age, location, size and value of each one. So, we had to develop a methodology based on these limitations. For this, we used the International Gem Society’s pricing guide and images of the crown, including diagrams of the placement of each gem from the two-volume Crown Jewels reference book.”

Want to see this stunning crown for yourself? It’s on public display, along with the rest of the Crown Jewels, in the 14th-century Jewel Tower at the Tower of London.