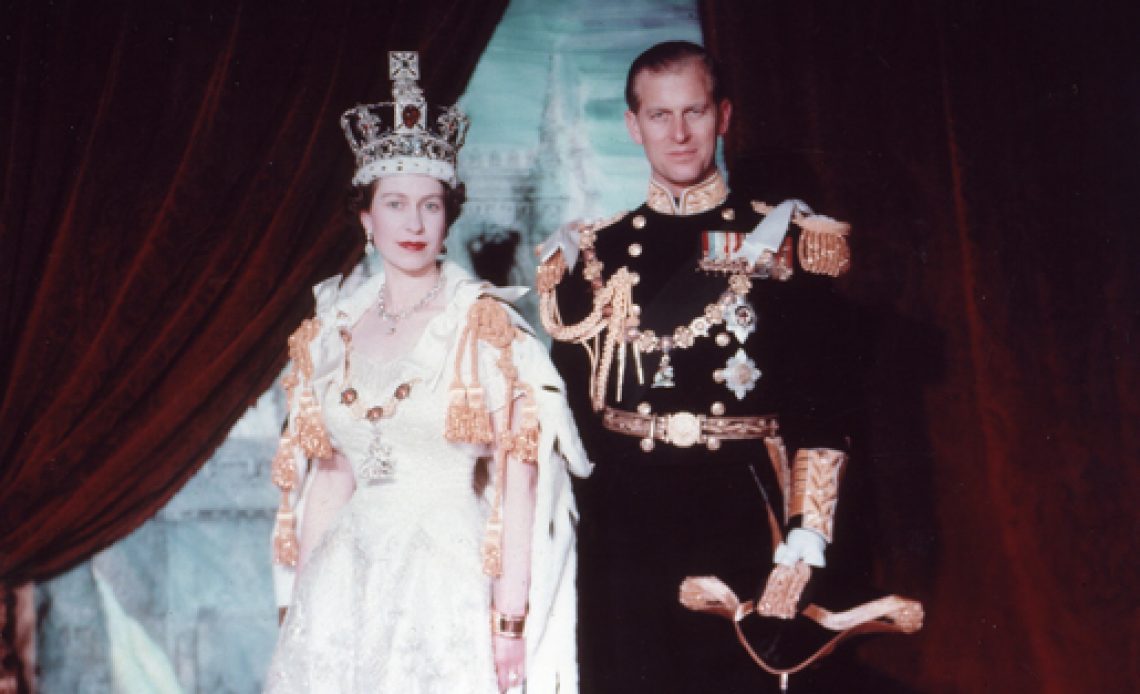 It has been described as the most important British dress design of the 20th century and the gown that the Queen wore at her Coronation, on June 2nd 1953, has its own place in history. The work of Sir Norman Hartnell, created in partnership by the Monarch, it has become one of the most emblematic outfits of the House of Windsor.

This was arguably the most important commission of Sir Norman Hartnell’s whole career and one he wanted to stand as a testament to his design skills. As soon as he was approached to make the coronation gown he began an arduous process of research, poring over information about past outfits. He was working to a tight brief. The Queen had told her trusted designer that she wanted a gown in white, along the lines of her wedding dress, but with no fuss over her figure. This was an instrument of history and a statement of monarchy as much as an outfit.

Hartnell produced several different designs for the Queen including one which was based on Victoria’s simple coronation gown. The Monarch and her designer had several consultations before Elizabeth II chose the eighth of his ideas – a dress with short cap sleeves, sweetheart neckline, fitted waist and flared skirt with small train. However, the Queen made several alterations to the idea, changing the colour scheme and the embellishments and it was a ninth and final design that became the basis for the gown. Hartnell received the go ahead to make the dress in October 1952 and an intense eight month production process got under way.

The coronation dress was made of satin, created from silk produced at Lullingstone Castle in Kent. Established in the 1930s, and visited by Queen Mary in 1936, this silk farm had made the fabric for the coronation gown of the Queen Mother in 1937 as well as the material used by Hartnell for the Queen’s own wedding dress in 1947. But the material was just the start of the project.

For the final design that the Queen had chosen featured a huge amount of embellishment. Hartnell’s eighth idea for a coronation gown incorporated the symbols of the four countries of the United Kingdom – a rose for England, the Scottish thistle, a leek for Wales and a shamrock for Northern Ireland. The Queen had other ideas. She asked Hartnell to incorporate emblems for all her dominions.

The final designs for the embroidery saw the gown’s skirt covered in three tiers of golden scallops, surrounding the symbolic images. There was a maple leaf for Canada, wattle for Australian and silver fern for New Zealand. Ceylon (now Srik Lanka), was represented by a lotus flower as was India while South Africa was denoted by the protea. Pakistan had three emblems – wheat, cotton and jute. And the incorporation of all these ideas led to another change to the gown.

For the embroidery was heavy and so taffeta was added underneath for support along with three layers of horsehair which helped mould the skirt into its distinctive shape. The embroidery was worked by six skilled artists in a variety of threads including gold, silver and pale green and pink. For another change that the Queen had made was to request that the embellishments on her gown include colour rather than just being white or metallic.

The final result was summed up by its wearer in just one word – glorious. The first people to see the Queen in her gown on Coronation Day were the staff at Buckingham Palace who gathered to watch her leave for Westminster Abbey accompanied by the Duke of Edinburgh.

She walked ito the ancient church with the Robe of State at her shoulders. Made of red velvet which had been woven by Warner and Sons of Braintree from silk produced at Lullingstone, it was carried by her six Ladies in Waiting, all dressed by Hartnell. The Queen left wearing the Purple Robe of Velvet which was covered in golden embroidery. It took 12 people over 3,500 hours to embellish the robe with the Queen’s Cipher alongside ears of wheat and olive branches. Both robes were arranged to allow the best possible view of the already celebrated Coronation dress.

The gown has been worn just six times more, with three appearances coming in 1954 when the Queen wore it to open parliaments in Sri Lanka, Australia and New Zealand. It was worn for the opening of Canada’s parliament in 1957. Most recently, it was seen in an exhibition marking the Queen’s 90th birthday.

And it will no doubt take its place in many more exhibitions to come. For this dress wasn’t just something to wear or an eagerly anticipated style statement. It was a moment of history all on its own.