The Prince of Wales and his royally chaotic clutter 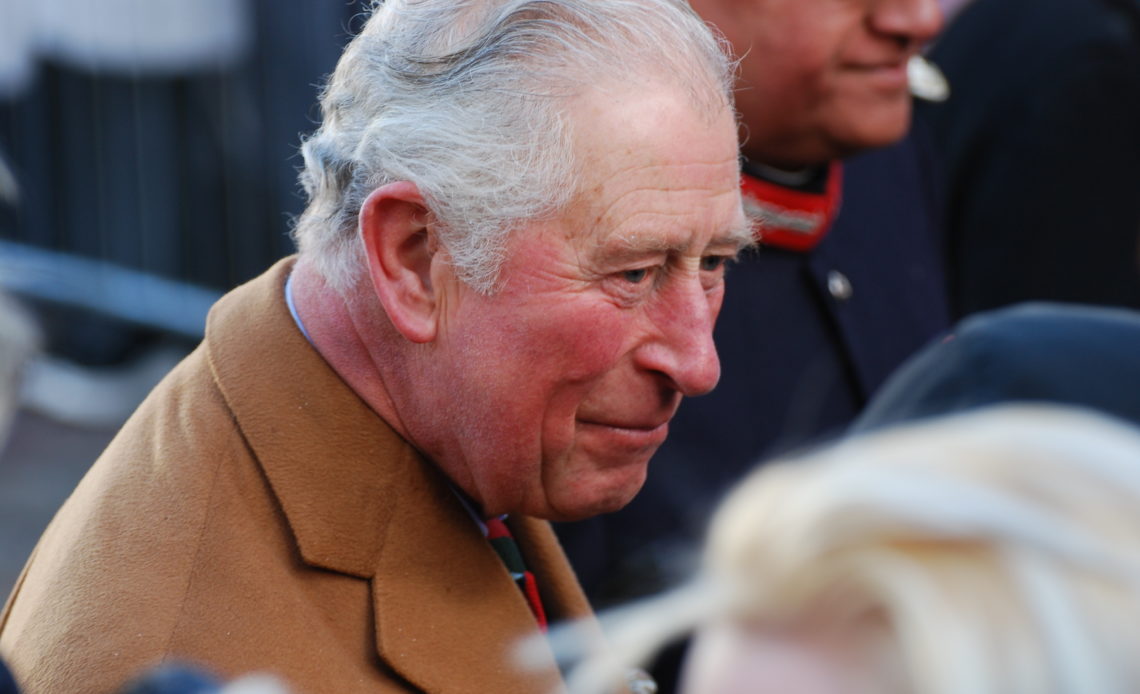 Turns out that the royals really are just like the rest of us. As the Prince of Wales was filmed recording a radio interview for Classic FM, his study showed all the hallmarks of the chaotic clutter that affects at least one room in every home.

As he spoke to host, Alan Titchmarsh, about special moments including trips to the theatre with his beloved grandmother, the Queen Mother, there were plenty of other memories on display in this haven of royal nicknacks. From photos of the women in his life to strange statues trapped by CDs, this one snap shows that even the heir to the throne has random piles of stuff that he’s never quite got round to sorting out. Here are some of the highlights of Charles’ charming clutter.

The frame on the floor

Every home has to have one, a random piece of wall furniture that’s never made it to the heady heights of the wall itself. Right next to the king in waiting in this latest snap of his study is a frame that is most definitely at floor level. Whether it’s a picture or a mirror isn’t quite clear. What is obvious is that it isn’t meant to be propped precariously against the dresser for everyone to have to walk round while tutting and muttering about whether it’s ever going to be put up.

The wobbly tower of music

Given that Charles was talking to Classic FM about music, we might have expected to see CDs in the photo. What’s surprising is that the Prince of Wales does what we all do and piles his music up in teetering towers around the CD player itself. There’s even a selection that’s made it to the very top of the stereo so that they can fall over every time someone tries to play something. And, of course, half the spines are round the wrong way so there’s no hope of knowing what they actually are without starting to unpile everything on top before giving up and sticking on something different instead.

The mysterious case of the trapped feathered flapper

You have to enjoy the CD chaos for a moment before you get to perhaps the most intriguing part of the study snap – the roaring 20s statue. For behind the stereo and the CDs is what appears to be a china rendering of a flapper in a feathered headdress. Quite why she is trapped behind there isn’t clear but the most likely explanation is that she’s been there for quite a while and removing her to safety would involve taking down the whole music monstrosity in front of her. Either that, or it was a wedding present from a close family member that Charles and Camilla just can’t get rid of.

Why does Charles need so many red pens? Right in front of the heir to the throne is a china pot that’s been turned into a holder for the kind of stationery used by teachers. All the pens in this pot have red lids which conjures up the image of Charles marking homework. It’s clearly his ink of choice right now because in front of him are several pieces of paper with notes in red and plenty of matching crossing out.

One of the best parts of these peeks inside royal homes over the past few weeks has been the chance to see the photos that they love to look at. The Prince of Wales is surrounded by special snaps here and they are all about two of the most important women in his life. Camilla takes pride of place in two images on his desk while another on the dresser, although blurred, is clearly of the duchess, too. Meanwhile, the prince’s much loved grandmother is right at the heart of this photo. An image of Queen Elizabeth, the Queen Mother in an ornate frame is at the centre of Charles’ desk display.

There’s something rather reassuring about seeing a royal house filled with clutter that wouldn’t be out of place in anyone’s home. And Charles clearly has his own way of staying calm amidst the chaos. Despite the mess, there’s space for a cup of tea, served without milk and with a silver spoon. Well, this is royal clutter, after all.