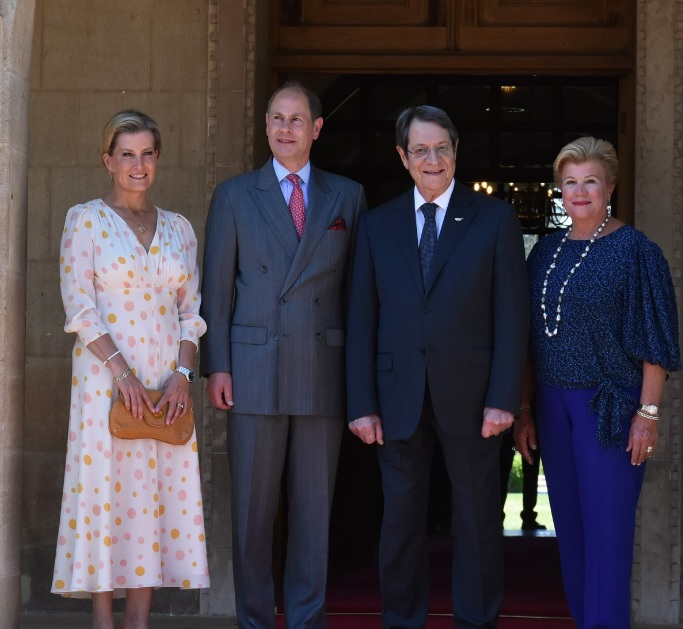 The Earl and Countess of Wessex are making their first official visit to Cyprus where they have taken part in celebrations for The Queen’s Platinum Jubilee.

Edward and Sophie met members of the British Cypriot community at a Jubilee reception hosted by the British High Commissioner in Nicosia.

The celebration also marked The Queen’s birthday. Beneath trees decked with Union Jack bunting, the Earl and Countess chatted with dozens of people as a band played.

The couple had arrived in the Republic of Cyprus earlier in the day and were officially welcomed by the President, Nicos Anastasiades, and his wife, First Lady,  Andri Moustakoudi.

The Earl and Countess of Wessex listened to the national anthems in front of a guard of honour before posing for official photos with their hosts.

The three day visit to Cyprus is focused on the ongoing ties of friendship between the two countries. The Earl and Countess will also visit British Forces based on the island.