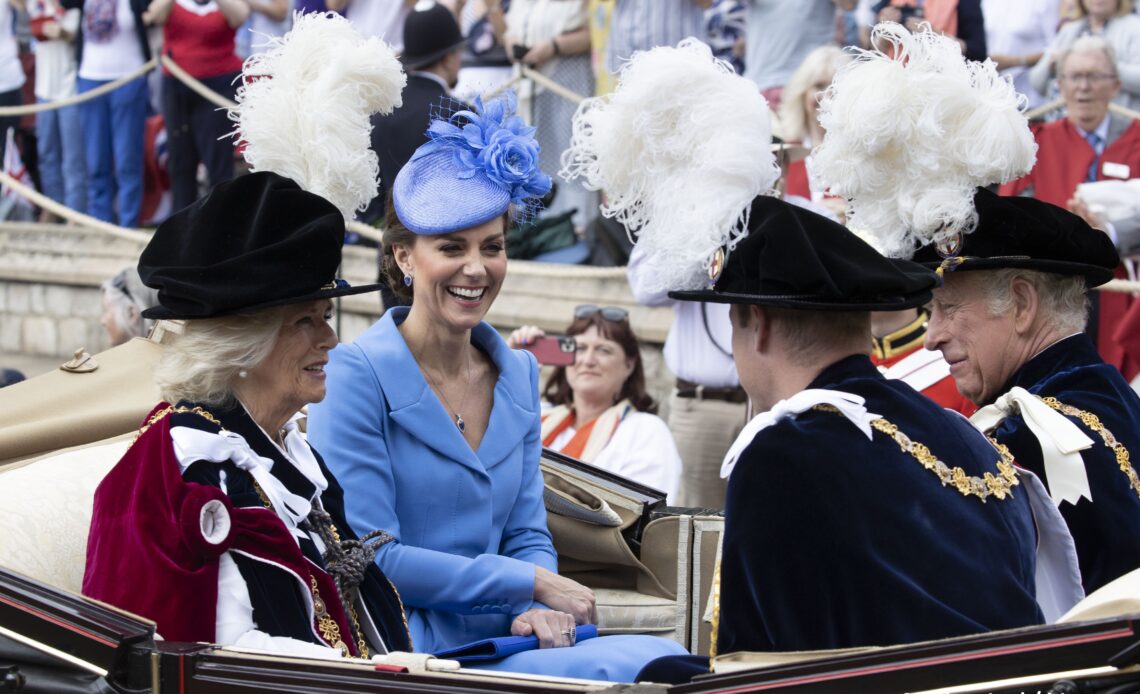 The Duchess of Cornwall has been installed as a Royal Lady of the Garter.

The Duchess took her place in the chivalric order at the annual ceremony held at Windsor Castle.

On June 13 2022, Camilla joined the procession of knights and ladies for the first time, dressed in the traditional velvet robes with plumed hat. Pinned to her cape was the Star of the Order of the Garter.

The Duchess of Cornwall’s appointment to the Order was announced at the end of 2021. Baroness Amos was also appointed a Lady Companion at the same time while former Prime Minister, Tony Blair, was made a Knight Companion.

There were some protests at Windsor as Sir Tony took his place in the procession with Stop the War campaigners staging a demonstration over his role in the Iraq conflict.

The Queen didn’t join the procession. She hosted a lunch for members of the Order at Windsor Castle and was photographed with the Prince of Wales and the Duchess of Cornwall.

However, it was the heir to the throne who led the procession which also saw a last minute alteration when the Duke of York was told his part in proceedings was confined to non public events. Prince Andrew attended the lunch beforehand but wasn’t present in St. George’s Chapel for the traditional service.

After the church ceremony, the Prince of Wales and the Duchess of Cornwall along with the Duke and Duchess of Cambridge led the carriage procession. The Earl and Countess of Wessex and the Princess Royal with her husband, Vice Admiral Sir Timothy Laurence, were in the second carriage while the Duke of Kent and Princess Alexandra joined the royal parade in a buggy.

The Order of the Garter was founded in 1348 by King Edward III, inspired by the tales of King Arthur and the Round Table. It is the oldest and most prestigious Order of Chivalry in the United Kingdom.