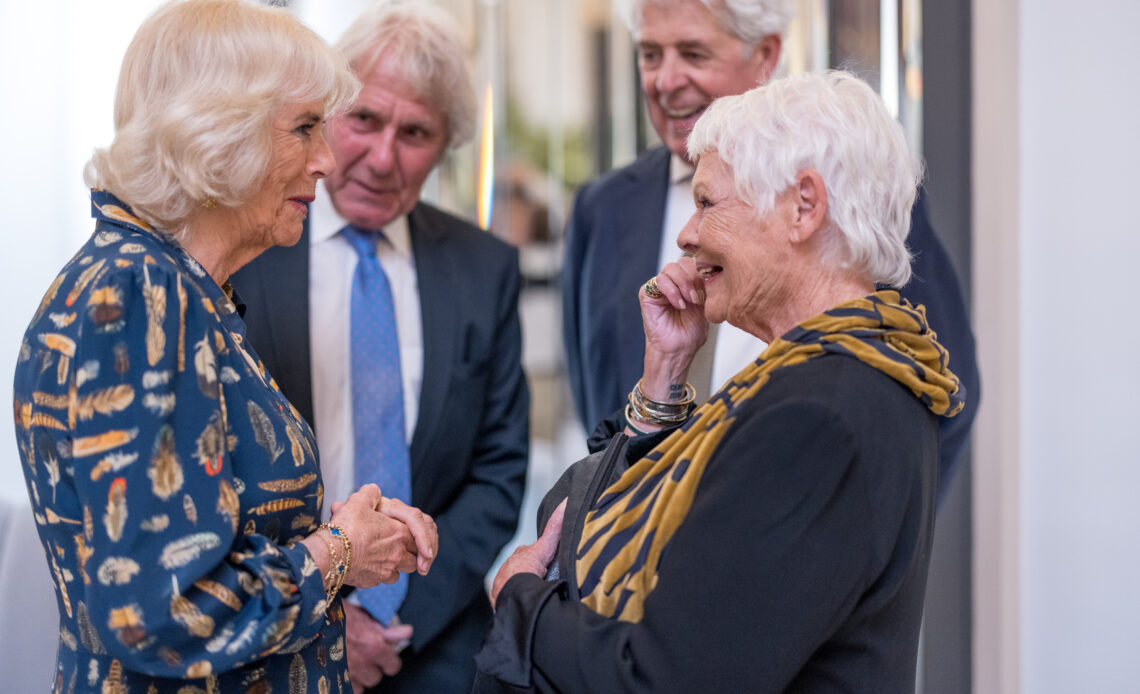 The Duchess of Cornwall joined Oscar winner Dame Judi Dench at a party marking a milestone for one of the best known magazines in the UK.

Country Life is celebrating 125 years on the news stands in 2022 and the Duchess was guest of honour at a special party at Claridge’s to celebrate.

As part of anniversary events, Camilla will guest edit the magazine, following in the footsteps of the Prince of Wales and the Princess Royal.

The Duchess was welcomed to the celebrations by Country Life’s Editor in Chief, Mark Hedges, who said everyone at the publication was ‘’ honoured that Her Royal Highness was able to join us to mark our 125thanniversary. The Duchess is a passionate countrywoman and we are enormously excited about the publication of her special guest-edited edition in July.”

Other guests included Camilla’s son, Tom Parker Bowles, and her nephew by marriage, the Earl of Snowdon as well as Princess Alexandra’s granddaughter, Zenouska Mowatt.

Paul O’Grady, Loyd Grossman and Theo Fennell were also at the birthday event.

Country Life began in 1897 by Edward Hudson as a celebration of everything to do with the countryside. Guests were served a special cocktail, the Hudson, named in his honour, at the party.