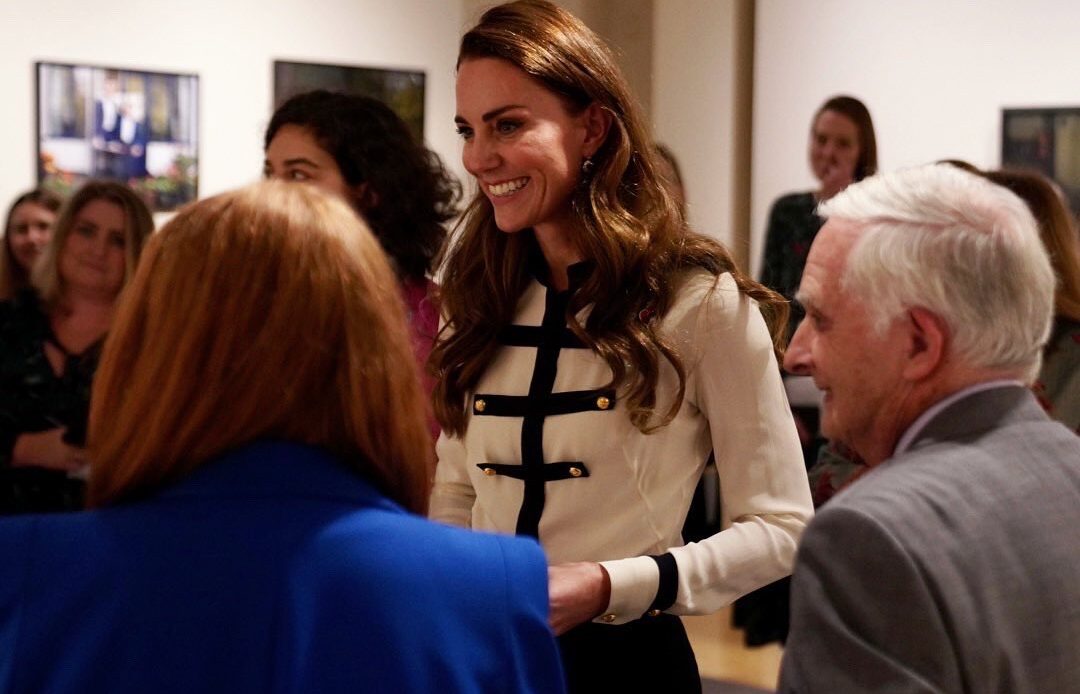 On Wednesday, 10 November, ahead of Remembrance Sunday, The Duchess of Cambridge visited the Imperial War Museum in London. She was at the museum to open two different galleries, one which included some of her own photographs.

In an Alexander McQueen blouse that she first wore in 2012, a Catherine Walker coat and pair of trousers, and a poppy on her lapel, Catherine visited the museum to open The Second World War Galleries and The Holocaust Galleries.

The Second World War Galleries “display over 1,500 collection items that will bring to life a war which affected millions of people from around the world, from London to Russia, to New Zealand, to China and the Philippines. It is a war with which everyone will have a personal connection.”

The Duchess then visited The Holocaust Gallery. The gallery includes over 2,000 different items. Eva Clarke, one of the only people to be born in a concentration camp and survived beyond liberation, has given her birth certificate to be displayed in the gallery.

The Holocaust Gallery also includes two photos that The Duchess of Cambridge took herself. The images are in the exhibition, Generations: Portraits of Holocaust Survivors, which runs to 9 January 2022. The two Holocaust survivors that she photographed, Yvonne Bernstein and Stephen Frank BEM, were both at the gallery to meet with her again.

Catherine’s portraits were taken last year to mark 75 years since the Holocaust ended. She photographed Frank and Bernstein with their families, who were also at the gallery on Wednesday.

The Imperial War Museum London is open Wednesday to Sunday, and the Generations exhibition will close on 9 January 2022. The museum was founded during the First World War and “gives voice to the extraordinary experiences of ordinary people forced to live their lives in a world torn apart by conflict.”