SYDNEY ZATZ: The Duke and Duchess of Sussex are being unfairly treated by the monarchy 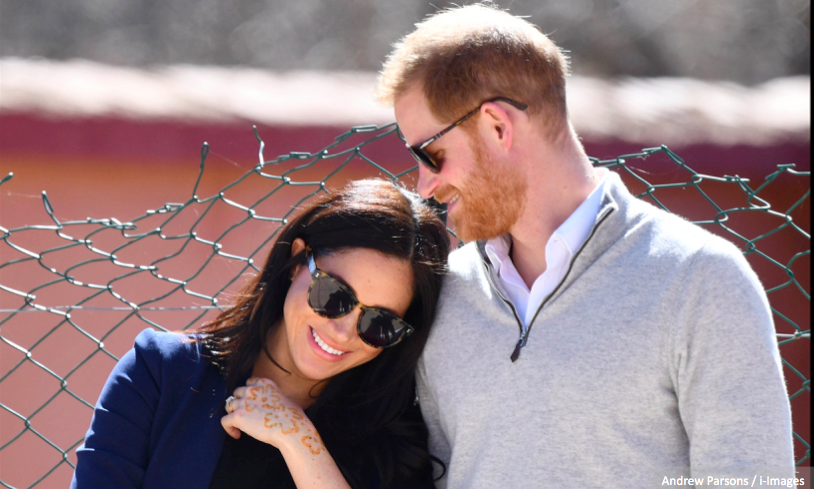 Sydney Zatz says that the Duke and Duchess of Sussex’s interview was a difficult watch, but that ultimately, they were being treated unfairly by the monarchy.

On Sunday night, America watched as the Duke and Duchess of Sussex candidly sit down with Oprah Winfrey in an interview filled with the good, the bad and the ugly. The Duke and Duchess touched on several key issues, including suicide, racism, and the pressures placed on them by the British tabloids. For anyone, the interview contained a lot of information to take in, and a Pandora’s Box has now been opened.

Watching the interview as a young female who has struggled with mental health herself, it aroused many feelings. Firstly, the idea that the monarchy (or the institution as Meghan called it) couldn’t help the Duchess get the mental health help she needed. I wonder why she had to pursue help through the palace? Why was she not allowed to seek treatment independently?

“I was ashamed to say it at the time and ashamed to have to admit it to Harry. But I knew that if I didn’t say it – then I would do it. I just didn’t want to be alive anymore. That was [a] clear and real and frightening and constant thought,” the Duchess of Sussex told Oprah on Sunday night.

As someone who has needed help, I know how scary it is to want to admit you need it. I started to think a lot about what Diana, Princess of Wales, must have gone through. Granted, she didn’t live in a world of social media but I imagine Diana had very similar feelings. It made me think of the similarities between that she and Meghan had similar dark times with the media.

Like Diana, Meghan has made countless headlines, and many of them have not been positive. I wonder what it must have been like behind the scenes for Meghan. With Diana, she eventually opened up about her days of bulimia and depression. For Meghan, she did as well, but both felt a pressure to remain silent. What is so wrong with a royal going through something “normal” people go through?

I am curious regarding what would have happened if Meghan or Diana had spoken out earlier. I also ponder why Diana’s interview didn’t loosen the stigma around mental health and the monarchy. When Meghan had to be ‘on,’ she was all smiles, and we just assumed it was part of this fairytale, but in reality, she was hurting. It echoes, for me, what Diana spoke of in regards to her royal life. She knew she had to put on a brave face for the cameras, but on the inside, she was crumbling.

It also cannot be denied that race plays into the way the Duchess of Sussex is treated. When I look at her, I don’t see the colour of her skin. I see an intelligent woman who has handled the pressures of the Royal Family incredibly well. I also know that the discussion on race is an issue worldwide, but I didn’t think it would play such a big part with a man and a woman falling in love. After all, it is the 21st century. If Harry had married someone white, would his wife still be facing this scrutiny? And does her being American play a part as well?

I think about the concern over Archie’s skin colour. I am so curious to know what that conversation was and who was involved, but I also know that it is not his skin colour that matters. When you watch the interview, you see two parents breaking on the inside as they desperately try to protect their child. For Harry and Meghan, it’s not just about having a fence in the yard, so Archie doesn’t run into the street. For this family, the whole world knows who their child is, they know where they are located, and from the moment he was born, the whole world knew his identity.

With Meghan marrying into the family, it breaks many barriers I don’t think the Royal Family necessarily recognises. As Harry and Meghan mentioned, a good chunk of the Commonwealth are people of colour. As she noted, millions of girls can see someone like themselves in her because she is of colour and because she does come from a non-traditional background.

I do have trouble understanding how Meghan ‘naively’ married into the Royal Family. As an American, I know it’s not as if the Royal Family is not on TV, in newspapers, and in movies. I think as an American, you really do need to go further and research the family to learn more about the finer details, but with topics such as Diana’s 1995 tell-all interview, I don’t understand how someone would not be aware of it. Yes, the interview was 26 years ago, but it still makes headlines to this day. I compare it to not knowing about a major milestone in a presidential election – even if you aren’t following it closely, you’ll still hear about it one way or another.

When Meghan talks about how the family said they would “protect her,” there is a disconnect between how you think she would be protected versus what actually happened. In other words, the palace does release statements on some issues from time to time, but they don’t use their social media to confirm or deny every single headline. Not to say they shouldn’t have done more, but I do think there is a disconnect between those two ideas.

It disappoints me that Prince Harry was the only one that seemed to come to her rescue. Considering what happened to his mum and past experiences, as Harry said, why are we not learning from the past? I think the monarchy has this idea they have to stick to the book and that as the times change, their family still has to play by the rule book.

I also wonder if Harry would have stepped back if he married someone else. As I said earlier, would this whole situation play out the way it has? My heart breaks for Harry because I know his biggest fear is history repeating itself. I don’t blame Harry for doing what he did; I think it had to be done, or things would have taken a turn for the worse as both he and Meghan clearly felt trapped and unprotected.

I think the monarchy has a lot of modernising to do and, right now, the lid is off the can of worms. I think this interview will be a big wake-up call to the family. Although the Royal Family can’t control every single tabloid, more should’ve been done. More statements and clearing the air should have taken place. If the monarchy is worried about having a bad reputation, why do they not speak out on the headlines that do not shine the most positive light?

I think if the monarchy had acted differently, the interview would not have happened, and the Duke and Duchess of Sussex would still be working senior royals. I think this is the wake-up call the monarchy needed, and they can take what has happened in the last year and learn from it. The world is changing, and it will continue to change, as will the conversations on racism and mental health. It’s okay to talk openly about these topics, royal or not, and I think that’s what the monarchy needs to realise if they want to continue to be respected.