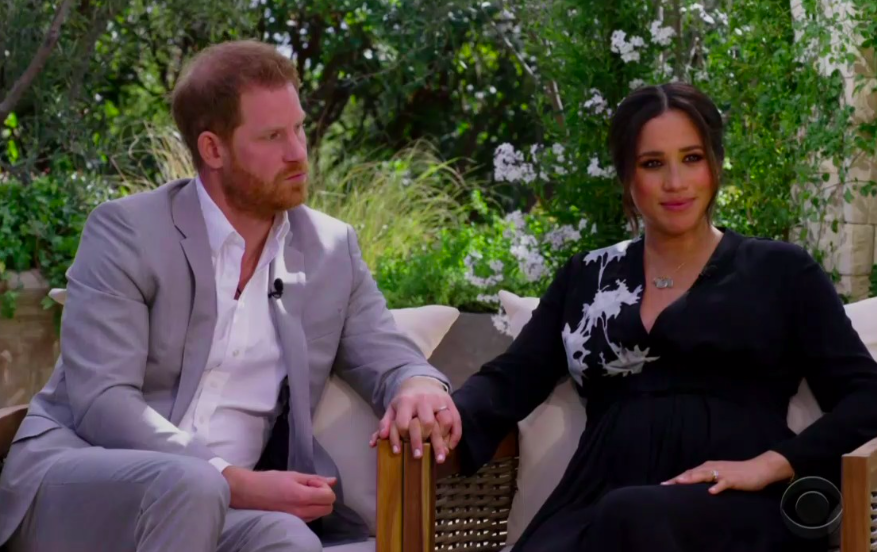 Just over 11m people tuned in to watch the Duke and Duchess of Sussex’s interview with Oprah Winfrey which aired on ITV in the UK on Monday evening.

According to overnight figures posted by BARB, the interview attracted a 54% share of the television audience.

At the programme’s peak, 12.3m people tuned on ITV to watch the highly anticipated interview.

In America, 17.2m people watched the broadcast on CBS.

The Queen has refused to sign off a Buckingham Palace statement addressing the Duke and Duchess of Sussex’s explosive interview with Oprah Winfrey on Sunday as the monarch requests more time to consider a response.

According to The Times, Buckingham Palace was ready to release a statement yesterday in an effort to de-escalate tensions.

However, the 94-year-old monarch did not grant her approval for the release of the statement, wanting to have more time for consider and formulate a response.

The Times says that the unreleased prepared statement would have “highlighted the family’s love and concern for the couple.”

Once Her Majesty has carefully considered the situation, a statement will likely be released.

The Queen, the Prince of Wales and the Duke of Cambridge were all involved in crisis talks on Monday discussing how to react to the accusations made by Harry and Meghan.

Amongst the most concerning claims made by the Duchess was that the Royal Household did not provide her with proper support when she was feeling suicidal.

Both Meghan and Harry also told of racist comments made by an unknown member of The Royal Family concerning the skin tone of their unborn son.