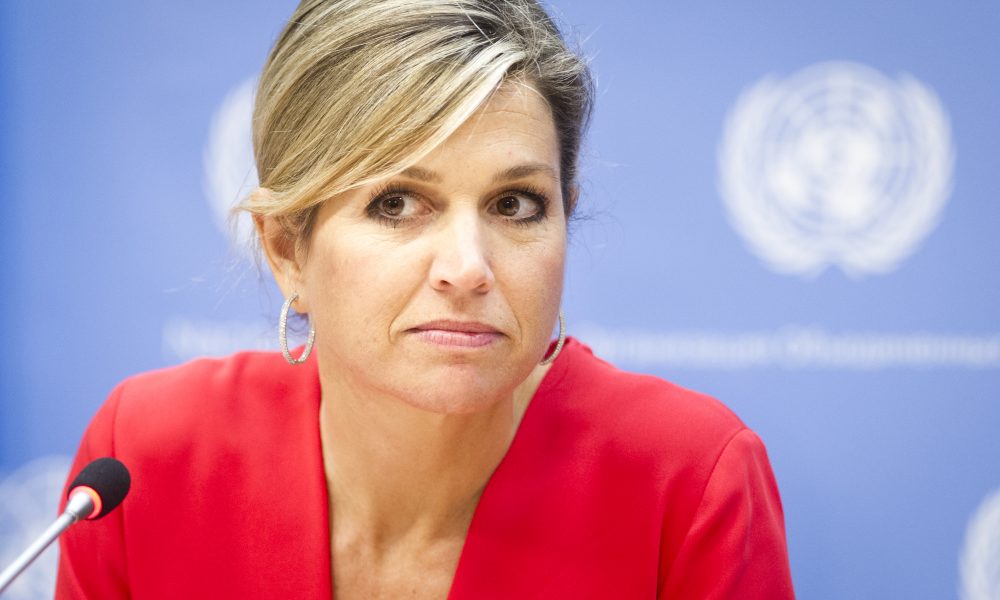 Queen Máxima paid a virtual visit to the Elance Academy on International Women’s Day to learn more about the projects from the Dutch coaching academy.

At Elance, an organisation first supported by King Willem-Alexander’s and Queen Máxima’s Oranje Fonds Growth Program, girls and young women are mentored and trained to “become strong, ambitious women and role models for the next generation.”

During her visit, Queen Máxima spoke with the staff, coaches and young women who use the mentoring tools to become more independent and confident women.

Elance Academy shared a photo of Queen Máxima on its social media accounts, writing that her visit coincided with “a day dedicated to freedom and equality for women worldwide. Queen Máxima fights for equality and is therefore interested in Elance Academy, where girls and women are given the space to grow and flourish to become role models for the next generations. A power woman that we should not miss!”

Queen Máxima heard from the participants and coaches of two Elance Academy programs, Strong Girls Young and Strong Girls XL. Strong Girls Young works with girls between the ages of 12 and 18 to create “a powerful self-image” and to work on their personal goals and dreams, with the coaches being students who are doing an internship with Elance.

The Strong Girls XL Program works with women between the ages of 18 and 27 to help find “a good balance between work, study and private life,” said the Dutch Royal House.

The last part of Queen Máxima’s virtual visit consisted of a discussion about Elance Work, which is a program that links women to technical sectors for future job prospects.

Elance Academy was founded in 2010 by Aytun Aydin, who wanted to find a way to help young women flourish. In the decade since it began, the Academy has helped over 1,000 girls and women.