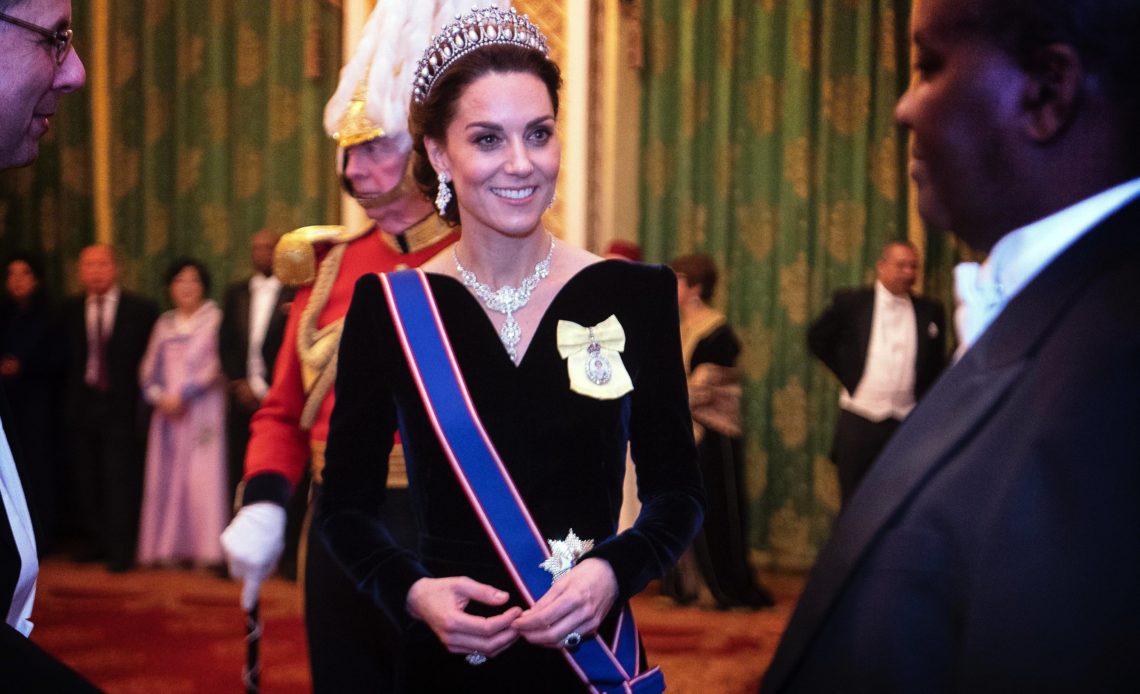 The British royals gathered at Buckingham Palace last night for the yearly white-tie Diplomatic Reception with The Queen, Prince of Wales, Duchess of Cornwall, and Duke and Duchess of Cambridge in attendance.

There were 1,000 guests from across the globe who mingled with the Royal Family in one of the highlights of the royal calendar each year. The Queen’s Diplomatic Reception is held to honour and reflect Her Majesty’s importance in international relations for the United Kingdom. Members of the Diplomatic Corps based in London, including foreign ambassadors, were among the attendees last night.

Buckingham Palace explained that the reception “supports the work of the Royal Family in representing the UK at home and abroad.”

As the reception is a white-tie affair, guests have to abide by a strict dress code – gowns for women and evening tailcoat and white bowtie for men.

The Duchess of Cambridge wore a navy, velvet Alexander McQueen gown with Queen Mary’s Lover’s Knot Tiara. She was also wearing the yellow Royal Family Order of Queen Elizabeth II and the Dame Grand Cross of the Royal Victorian Order on her blue sash like the Duchess of Cornwall. Camilla was in a cream Bruce Oldfield gown with the Greville Tiara. Her Majesty’s gown was by Angela Kelly, and she wore the Grand Duchess Vladimir Tiara.