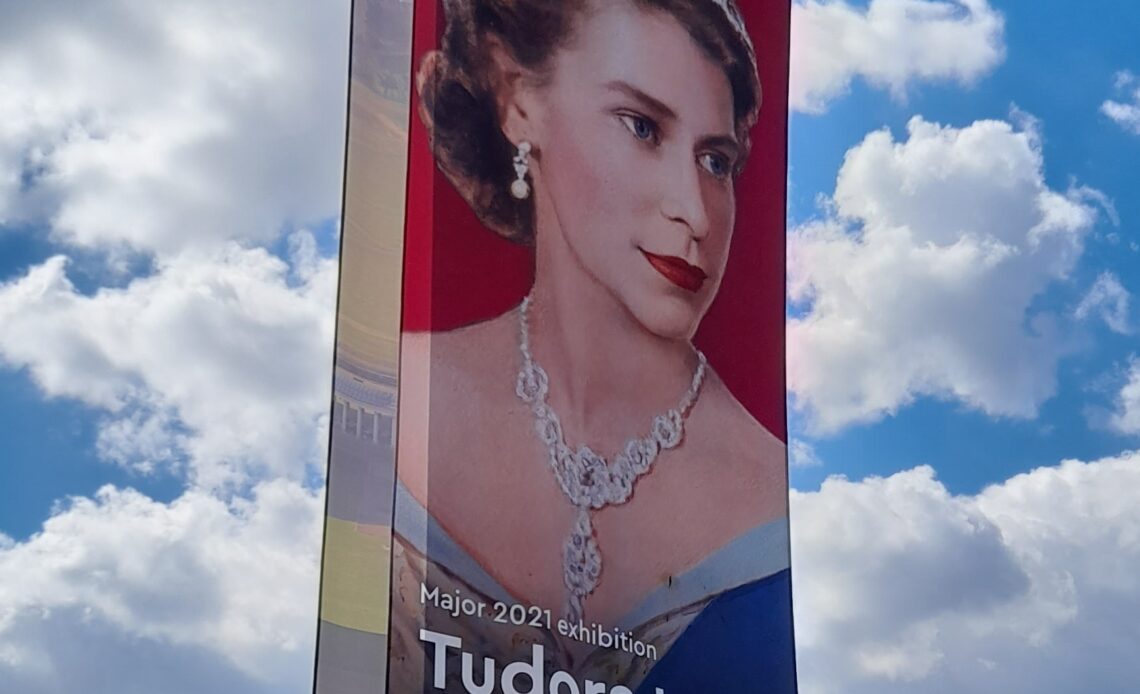 To spend an afternoon among queens and kings is a rare thing but having emerged from the new exhibition on royal power at the National Maritime Museum, that’s pretty much how I felt. ‘Tudors to Windsors: British Royal Portraits’ is a journey through five hundred years of regal images that brings centuries of history alive in a very modern way.

The focus of this new display, which runs from May 28th to October 31st 2021, is the changing way in which the face of the Monarchy has been represented through the centuries. From the earliest known portrait of the founder of the Tudor dynasty, Henry VII, to the celebrated interpretation of Elizabeth II by Andy Warhol, the ever shifting lens through which the world views British royalty is explored.

Some of the most famous images of royalty ever made are included in the display with many on loan from the National Portrait Gallery. Plenty of visitors will have seen them before, in books or online. But viewing them all in such close proximity to one another brings another layer of meaning. The famous Holbein representation of Henry VIII, cited so often as an example of how royal portraiture created an image of power to impress and subdue in equal measure, is just paces away from another well known portrayal, that of George III as an old and very ill man. Every facet of how image influences the impression that royalty makes is examined, even down to the use of royal faces on coins, medals and stamps. Armour, uniforms and sculpture are all used to bring the idea of royalty as image alive.

One of the most striking themes in the exhibition is its focus on female power. Queens regnant, including Elizabeth I and Victoria, all star, as you would expect, but so, too, do the consorts of kings. The portrait of Anne of Denmark is larger and more prominent than that of her husband, James I, while an oil of Edward VII by Philip Tennyson Cole has to wait for its close-up until the end of a fascinating display of half a dozen paintings and photos of his wife, Queen Alexandra. Wallis Simpson features more heavily than the king who gave up his throne for her while Diana, Princess of Wales is a dominant force in the last stages of the exhibition.

There are also plenty of surprises. One is the leading role given to lovers and friends. Maria Fitzherbert, the ”first wife” of King George IV is shown alongside his actual bride, Caroline of Brunswick, while John Brown, the faithful companion of Queen Victoria, is also shown. Also intriguing is the focus on the darker side of royal image. A posthumous representation of Charles I, showing him as a martyr, is as unsettling as it is striking while a life size portrait of the dead king’s son, Charles II, is almost frightening, showing him looking as far from a Merry Monarch as it is possible to imagine. And there is poignancy, too. A marble sculpture of George IV’s daughter, Charlotte of Wales, is truly memorable, as is the sad tale of the popular princess posing for the creation on the morning of her marriage. And the exhibition ends with a photographic portrait of the Queen and Prince Philip, with the Duke’s dates laid out simply at its side.

Credit has to be given for the way the exhibition is displayed. Each of the five royal dynasties has its own colour with the walls changing shade to mark the handover of power while the lighting is soft and unobtrusive. But what makes this display so easy to follow visually is the clever use of frames. There is a mix of materials and textures that complements the paintings within and a heavy emphasis on engraved and plain wood, which allows the portraits to do the talking.

For many, like me, this will be a first day out at a museum since the pandemic started and Covid safety is clearly a top priority at the exhibition. It’s being staged in one of the museum’s larger rooms with visitors accessing the display through a sizeable atrium. Inside, the portraits are well spaced out and there is plenty of opportunity for social distancing. The details of each painting are still displayed on small boards next to the portraits so visitors might have to wait their turn if they want to read all of them but the five interactive displays, spotlighting further details on each dynasty’s public image, are kept away from spaces where viewers might hover to see portraits, and museum experts underlined how important it is to use hand gel before touching any of them to keep everyone safe.

Carefully curated and beautifully displayed, Tudors to Windsors: British Royal Portraits is a visual treat with a heady message – royalty may create image but it is the interpretation that decides whether dynasties stand or fall.

‘Tudors to Windsor: British Royal Portraits’ runs at the National Maritime Museum from May 28th to October 31st 2021. Tickets cost from £9 for adults and from £4.50 for children. More information can be found on the museum’s website.