Review: At Home with Diana 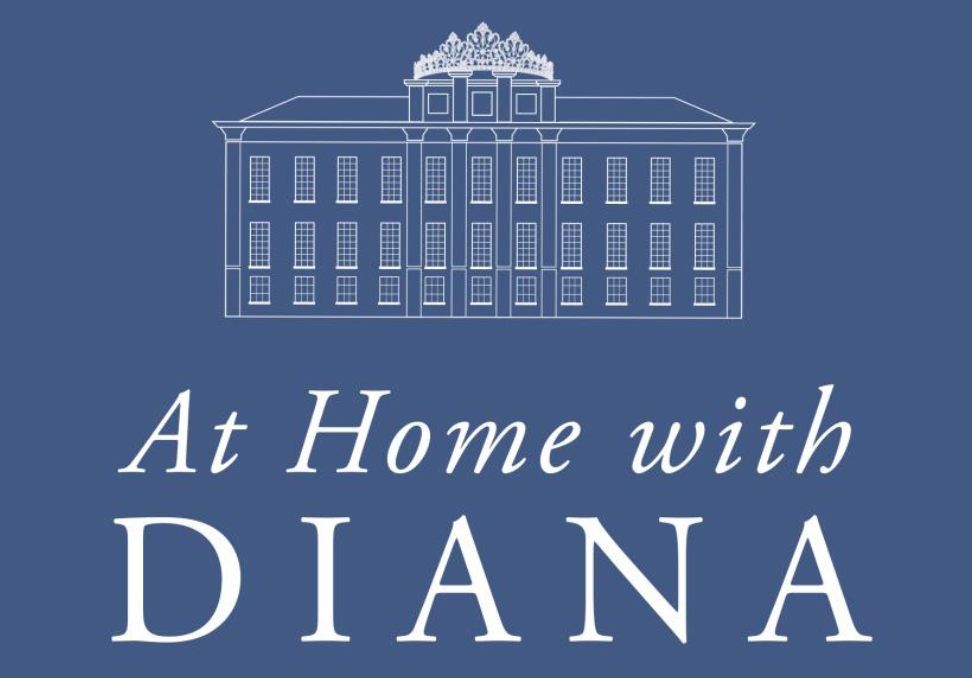 Deb Stratas has written her fourth book featuring Diana, Princess of Wales. This one, At Home with Diana, tells Diana’s story through the windows of her homes and residences.

The book goes from her birth to her death in homes such as Park House, Althorp, Kensington Palace and Highgrove. We see how she lived her life in each home and how they shaped her into who she became.

It begins, of course, in Park House, where she was born in 1961 and lived until 1975. The home is in Norfolk and was originally a large farmhouse used for an overflow of royal guests at the nearby Sandringham Estate. During this time, she played with Princes Andrew and Edward as they were closer in age to her than her future husband. She was homeschooled alongside her sisters by a governess here and Stratas describes it as “the epitome of English country life.”

It has a short excerpt on King’s Lynn Train Station which was unexpected, but Stratas explains how it has royal connections and imagines how Diana once sat in the same station on a train.

Her next home was the Althorp Estate, which the family moved into once her father became Earl Spencer. This is where Diana was laid to rest in 1997, and Stratas highlights how people can pay their respects to the People’s Princess when visiting, calling it a “moving experience.”

Next came Diana’s first London home at Coleherne Court, then Clarence House where she readied herself before her wedding. Buckingham Palace was next on the list, where Diana lived while engaged, followed by The Royal Yacht Britannia where the couple spent their honeymoon. The latter chapter provides many photos as it is one of the few royal residences where taking photos inside is allowed.

There is a chapter on Balmoral before another chapter on Buckingham Palace (as the story follows the order in which Diana lived in each of these locations). Sandringham’s chapter includes a short excerpt on St Mary Magdelene Church which is very important to the Royal Family and Diana (her only granddaughter followed in her footsteps and was christened there).

I found Highgrove to be one of the most interesting chapters as it is where a lot of time was spent while Princes William and Harry were young; they adored spending time at the home. Of course, the final home analysed (where Diana lived) is Kensington Palace – the home probably most closely associated with the Princess as it was where she was living at the time of untimely death. Kensington Palace’s chapter goes into great detail, as one would expect.

I enjoyed the final chapter on Spencer House as it was something completely unknown and a surprise to have at the end of the book.

Stratas personally visited each of Diana’s homes ahead of writing this book which allowed her to provide excellent insight into the buildings where Diana lived her life. She also gives tips on visiting each of these locations and basic information on the residences.

Each chapter ends with information including the significant events that happened at the homes, a quote from Diana about the home, and information about the current status of the home today, which is a nice touch.

When all things are said and done, this is my favourite of Deb’s books. I love that it gives details and advice on visiting the homes where Diana lived. As someone who has yet to visit the UK, it was very insightful on touring and how each of these homes impacted Diana.

It really is a great addition to your library, especially for those who love the British Royal Family and plan on visiting the UK in the near future.

This book is available from today in print and on Kindle. You can buy it on Amazon.

Don’t miss our podcast where we chat with author Deb Stratas about this book and all things Diana! Click here to listen in.

You can find out more information about Deb Stratas and her other books on her website.