The Queen tackles cake cutting with a sword 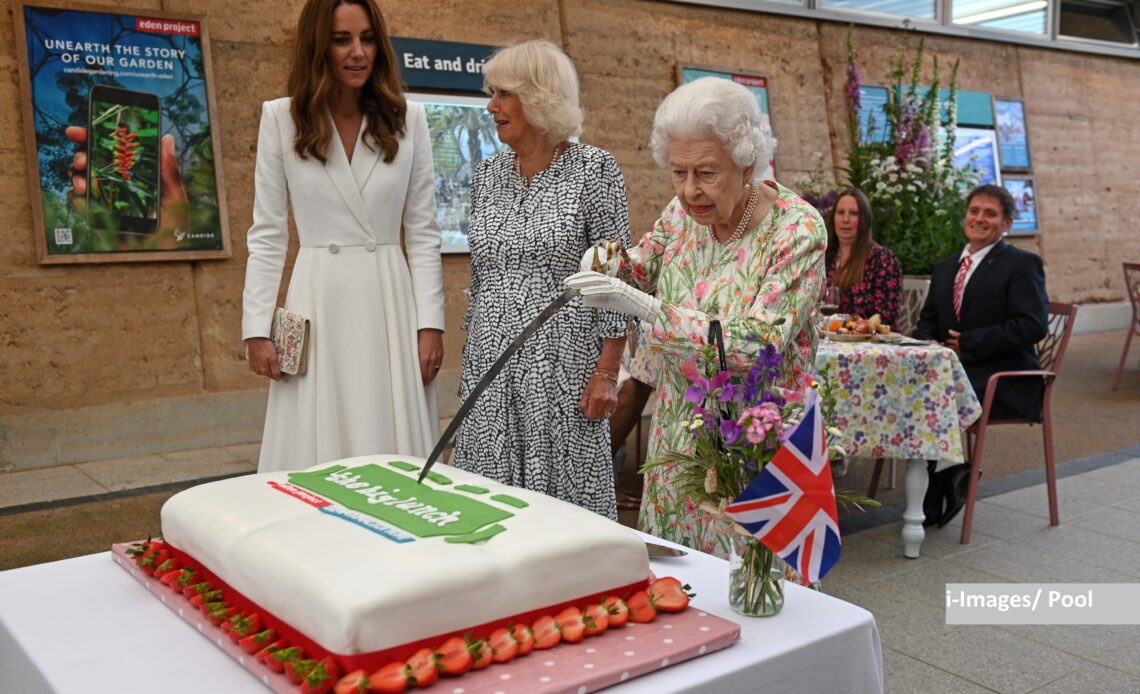 The Queen has added a whole new flair to a royal tradition when presented with a cake while on her visit to Cornwall. Asked to do the honours and cut the ceremonial first slice, she attempted the feat with a sword.

Her Majesty was asked to cut the cake to mark a celebration of the Big Lunch and the organisation’s volunteers who have helped others during the pandemic. She was offered the Lord Lieutenant of Cornwall’s sword for the job and almost succeeded in producing a perfect slice.

The Queen expressed reservations ahead of the cake cutting, approaching the table with the words ”I’m not really sure this is going to work”. However, when she was told there was knife available as well, she replied ”I know there is” before continuing to attack the cake, adding ”this is something that is more unusual.”

The Duchess of Cornwall, who was also present along with the Duchess of Cambridge, suggested using both hands to control the sword before The Queen turned to her daughter in law and roped her in to help. The two women managed to slice almost all the way through the cake before The Queen left Camilla to finish the job.

And she had a smile for the person who suggested the concept, beaming at the Lord Lieutenant as she was told it was all his idea. Knowing that all eyes were on her, she took the sword back from the Duchess of Cornwall to ensure all those present got the image they were looking for.

The Queen, Camilla and Kate attended a celebration of the Big Lunch at the Eden Project in Cornwall as the Royal Family visited the area for the G7 Summit, being held there between June 11 and June 13 2021.

The Big Lunch was set up over a decade ago with the aim of connecting people within their communities. The Big Jubilee Lunch will be an integral part of the Platinum Jubilee celebrations which take place in June 2022. And the Duchess of Cornwall might well find herself cutting more cakes with swords – Camilla is the patron of the Big Lunch and has been a high profile supporter at many of its events.