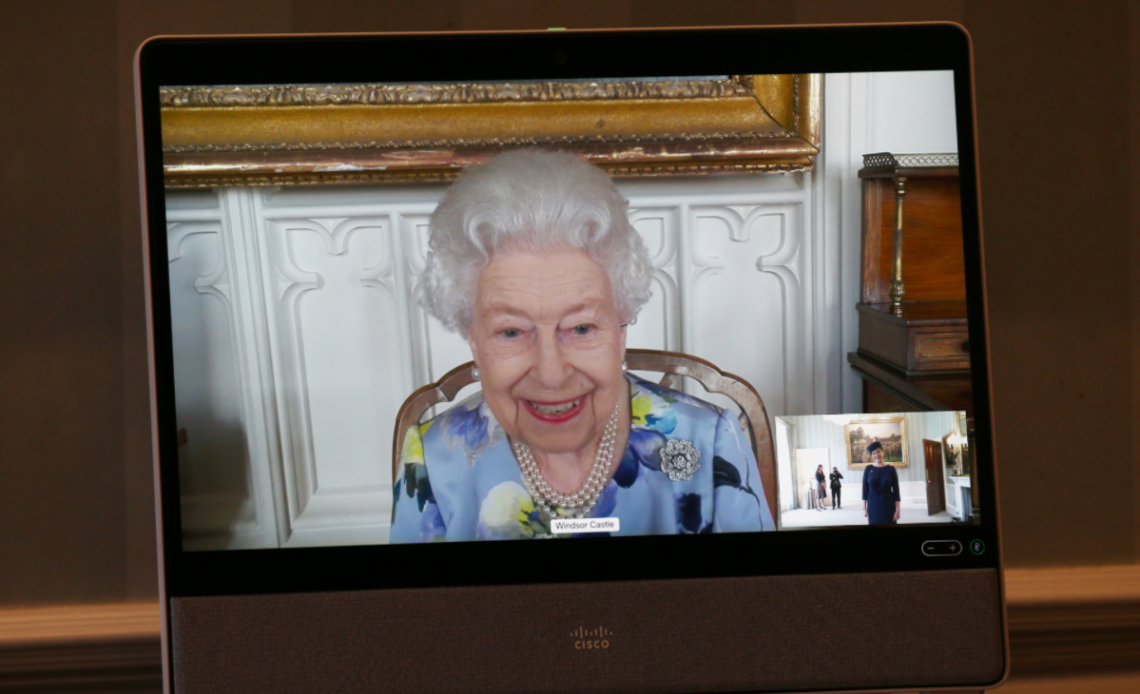 The Queen held returned to work on Tuesday as she held a series of virtual audiences with incoming Ambassadors over video link.

Her Majesty, who is currently residing at Windsor Castle, received two Ambassadors – the first official duties the monarch has undertaken since the funeral of Prince Philip eight days earlier.

The 95-year-old monarch held audiences with the Ambassadors of Latvia and Côte d’Ivoire.

Her Excellency Ivita Burmistre was presented the Letters of Recall of her predecessor and her own Letters of Credence as ambassador from Latvia to the United Kingdom.

Similarly, Her Excellency Sara Affoué Amani of Côte d’Ivoire. was received in audience by the Queen and presented the Letters of Recall of her predecessor and her own Letters of Credence.

Despite Her Majesty not being physically present in the room, the Ambassadors bowed and curtsied as they greeted the monarch.

Ambassadors are the foreign based representatives of other sovereign states.

Upon being appointed as an Ambassador to the United Kingdom, it is customary for The Queen to receive new appointees in audience.

These meetings were held virtually as a result of the ongoing public health emergency which restricts social gathering.