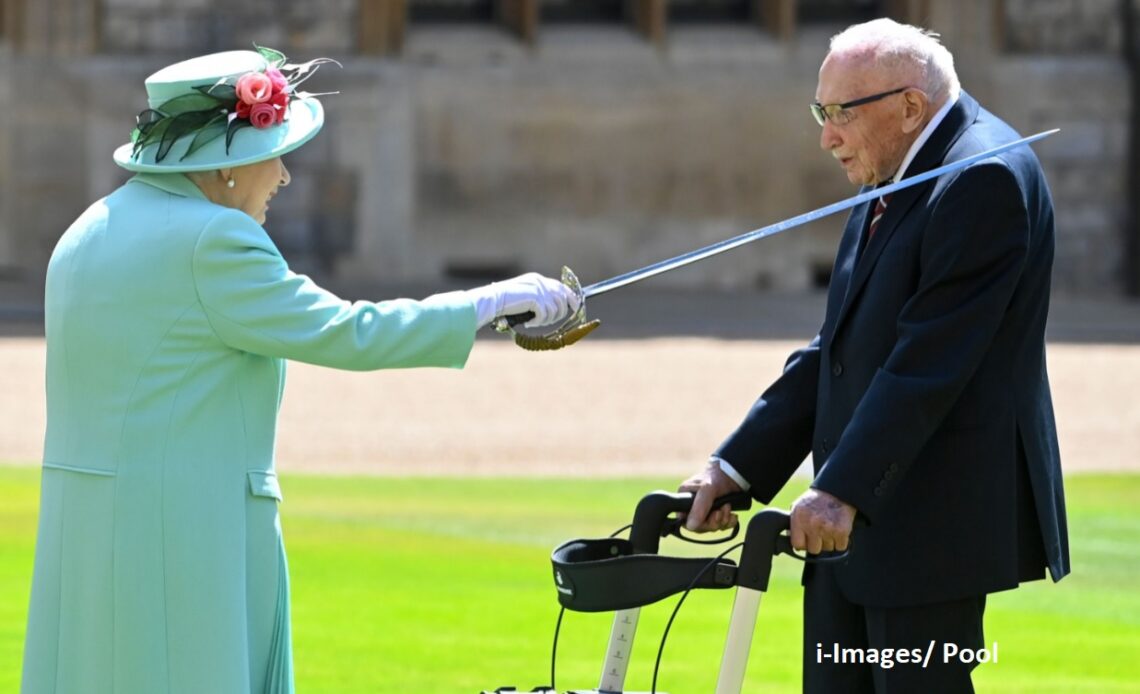 Captain Sir Tom Moore, who raised over £33 million for the NHS at the height of the coronavirus pandemic, has received his knighthood at Windsor Castle. The Queen conferred the honour in a special investiture ceremony on Friday afternoon.

The 100 year old was accompanied by his family for the outdoor investiture, the Queen’s first official face to face engagement since lockdown began in March 2020.

Captain Sir Tom, who was also given the honorary title of Colonel to mark his 100th birthday in April 2020, said it had been ”the most special of days”. As she made him a knight, the Queen was heard to thank him, adding ”an amazing amount of money you raised.”

The Queen arrived at the ceremony to the strains of bagpipes. She used a sword belonging to her father, King George VI, to knight Captain Sir Tom.

Captain Sir Tom Moore was made a knight in May on the recommendations of the Prime Minister, Boris Johnson, after his fundraising efforts for the NHS. The new knight had originally hoped to raise £1000 by completing 100 laps of his garden by his 100th birthday.

The Queen carried out the investiture just hours after returning from the secret wedding of her granddaughter, Princess Beatrice, at the Royal Chapel of All Saints in the grounds of Windsor Castle.