Racing Memories: The Queen wins the Epsom Oaks in the year of her Silver Jubilee 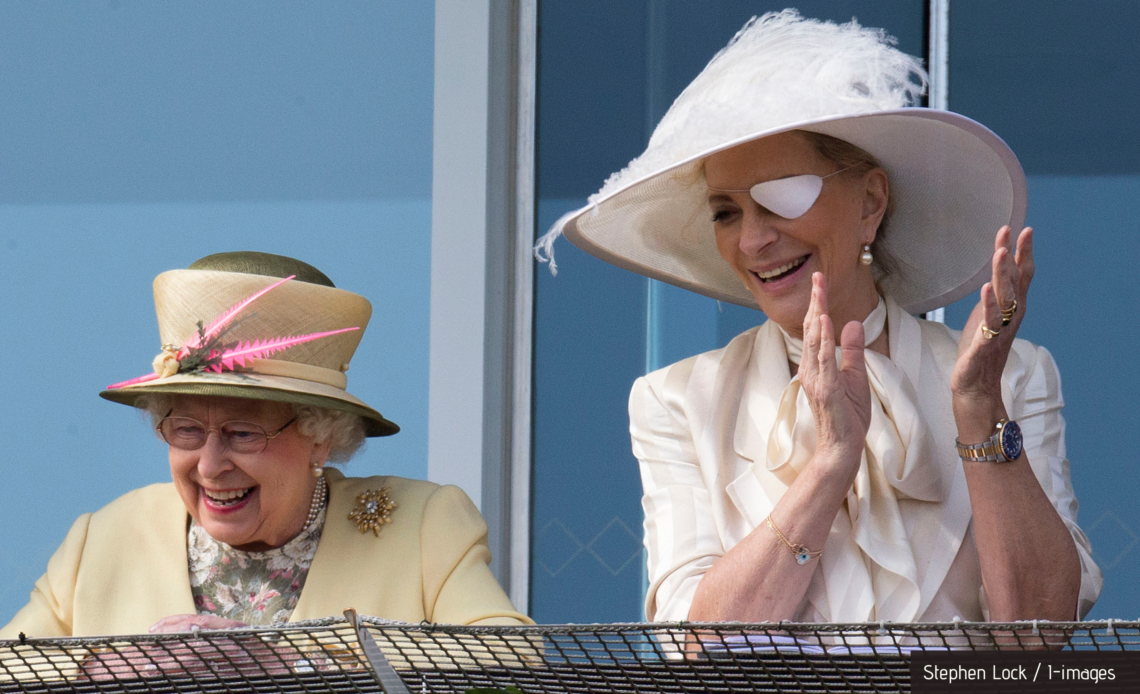 On Saturday, the eyes of the sporting world will be on Epsom Downs for the 242nd annual running of the Epsom Derby – the world’s most famous flat race.

However, before all of that, the fillies get their time to shine on Friday for their biggest race of the year – the Epsom Oaks.

Although The Queen has never quite managed to win the Derby with any of her colts, she has twice had success in the equivalent race for fillies.

In the UK, there are five annual races that are known as ‘classics’. These are the most prestigious flat races in the land which every racehorse owner dreams of winning.

The Oaks is one of the classic races, as indeed is the Derby. The other three Classics are the 1,000 Guineas, the 2,000 Guineas and the St Leger.

In 1977, Dunfermline, trained by Dick Hern, won with the Oaks and the St Ledger – a classics double in The Queen’s Silver Jubilee year.

Arguably, Dunfermline was the best horse The Queen ever owned with such momentous wins.

The only sadness for The Queen was that due to her busy diary of Jubilee engagements, she was unable to attend either of these races in person to watch Dunfermline pick up two of racing’s biggest prizes.

In the 1977 Oaks, Dunfermline was ridden by jockey Willie Carson to beat her nearest opposition by three-quarters of a length at odds of 6/1.

It was the result the nation wanted, giving people an additional reason to celebrate the 25th anniversary of The Queen ascending the throne.

Her Majesty’s only other success in the Oaks came in 1957 when Carrozza won in an exhilarating finish to the race.

The monarch had two runners in the 1957 Oaks. Carrozza was the less fancied of Her Majesty’s horses, with Mulberry Harbour expected to have a better chance at securing success for The Queen.

However, in the closing stages of the race, Mulberry Harbour quickly began to run out of steam and finished in an eventual ninth place.

As for Carrozza, she travelled extremely well throughout, and looked to have secured victory as she approached the winning line under Lester Piggott.

However, an outsider quickly closed in on Her Majesty’s horse, joining Carrozza at the fishing line.

There were a tense few moments in the royal box before the judge announced that Carrozza had won the Oaks in a photo finish by just a short head.

The Queen was at Epsom Downs on this occasion to lead in her first ever classic winner to the rapturous applause of spectators.

Carrozza’s winning prize of £16,101 meant The Queen was crowned as the leading owner in Britain in 1957.

This year, The Queen does not have a runner in the Oaks or the Derby.

Santa Barbara, trained by Aidan O’Brien is favourite to take the 2021 race, with 14 fillies lining up for the contest.

On Saturday, Royal Central will be taking a look at The Queen’s history in the Epsom Derby – the race she would most like to win, but hasn’t yet managed to do so.