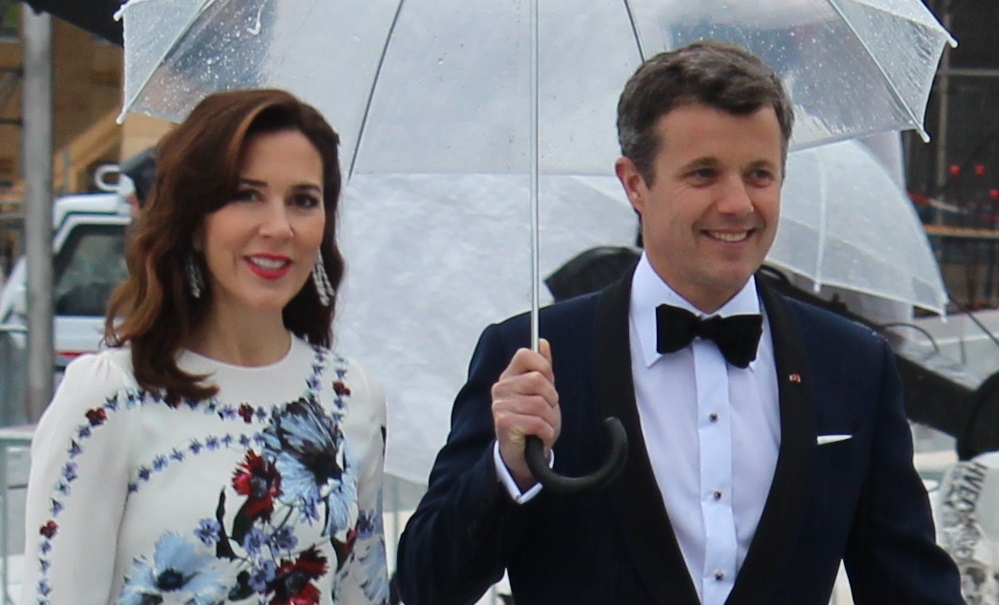 His Royal Highness Crown Prince Frederik and Her Royal Highness Crown Princess Mary of Denmark hosted a dinner on Thursday to mark the 100th anniversary of diplomatic relations between Denmark and Estonia, Latvia and Lithuania. The dinner took place in Great Table Hall in Frederik VIII’s Castle at the Amalienborg Palace in the Danish capital of Copenhagen. Before dinner, the Crown Prince Couple and the guests posed for a group photo on the garden hall stairs to Frederik VIII’s Castle at Amalienborg Palace. The dinner was attended by, among others, foreign ministers from Denmark, Estonia, Latvia and Lithuania.

The double anniversary year is marked at the Baltic Conference in Copenhagen, which is being held these days in collaboration with the Foreign Policy Society and the Danish Cultural Institute. On, Friday, His Royal Highness the Crown Prince spoke at the conference, which focuses on the four countries’ common history and future cooperation. The conference “Together in the Past, Present and Future” aims to identify and discuss future opportunities of cooperation between Denmark and Estonia, Latvia and Lithuania in the context of the unique shared history.

Denmark never recognised the Soviet occupation of the Baltic nations after World War II. Therefore, Denmark could restore its diplomatic relations with the three Baltic States in August 1991. Hereafter, the Danes have enjoyed very close and broad-based relations on all levels with each of the Baltic countries. In 2011 for the 20th anniversary of the resumption of diplomatic relations with the Baltic countries, the Crown Prince also hosted a dinner attended by the Baltic Foreign Ministers. The conference will be opened by His Royal Highness the Crown Prince of Denmark. The agenda will feature a discussion among the Ministers of Foreign Affairs of the four countries