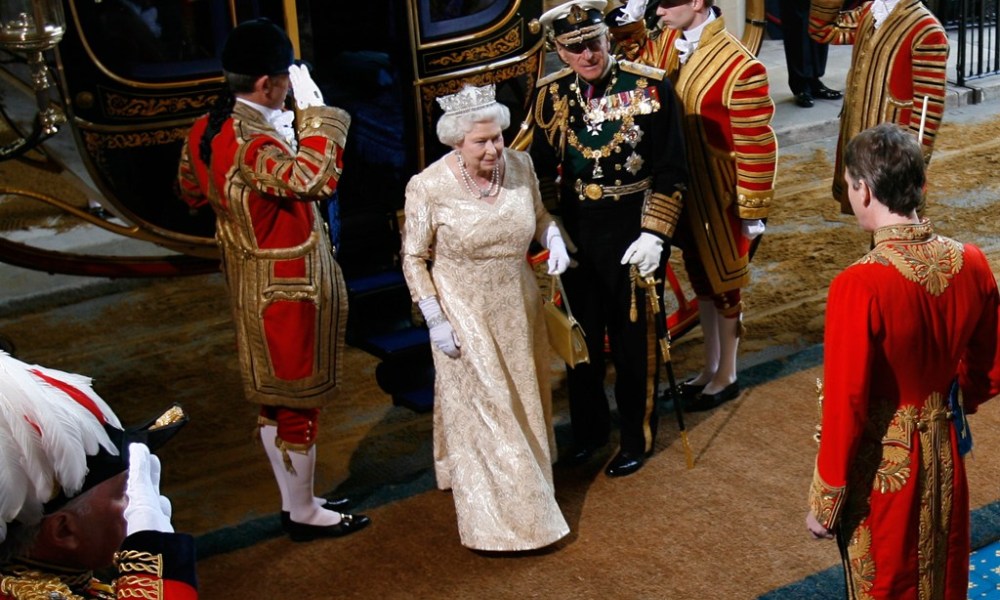 A Conservative Member of Parliament has been taken hostage at Buckingham Palace in an age old tradition dating back to the times of Charles I.

Marcus Jones, MP for Nuneaton, is being ‘held captive’ at the Palace and will be released once the monarch has been safely returned from delivering her speech at the State Opening of Parliament.

Mr Jones arrived at Buckingham Palace before The Queen departed by car to the Palace of Westminster. He will remain here until the 95-year-old returns.

The tradition of keeping an MP hostage is a centuries-old tradition dating back to Charles I when the Monarch and Parliament were on less friendly terms.

The hostage is usually a government whip and Vice-Chamberlain of the Household.

Taking an MP hostage is just one of the many bizarre traditions which takes place each year at the State Opening of Parliament.

Another tradition which takes place each year is the searching of the Palace of Westminster for traces of gunpowder the evening before the Sovereign is due to visit Parliament.

This dates back to when a group of men tried to assassinate King James I by blowing up the House of Lords during the State Opening.

Also, in a show of Commons supremacy over the Monarch, The Queen is forbidden to enter the House of Commons. As such, she sends Black Rod to the chamber who summons MPs to the bar of the House of Lords where they will hear her speech.

However, before Black Rod enters the chamber, the Commons door is slammed into her face to demonstrate the power of MPs.