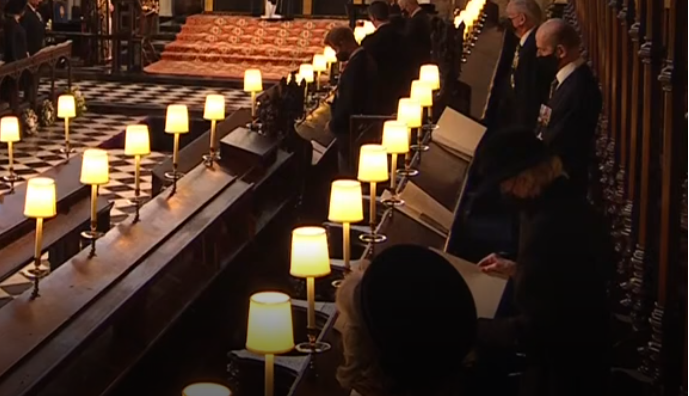 Princess Alexandra, a first cousin of Her Majesty The Queen, has appeared in public for the first time in many months to attend the funeral of The Prince Philip, Duke of Edinburgh. She was one of the 30 members of the family invited to the funeral today.

She was seated in the Quire of St. George’s Chapel with the other members of the royal family. The attendees were all several seats apart to keep to social distancing measures.

The Princess was married to the Hon. Angus James Bruce Ogilvy, the second son of the 12th Earl of Airlie and Lady Alexandra Coke, in 1963. They had two children together: James (born 1964) and Marina (born 1966). She was widowed in 2004. She has undertaken many public engagements on behalf of her cousin The Queen and remained an active member of the Royal Family until recently. Until today’s funeral, she had not been seen in public for almost a year.