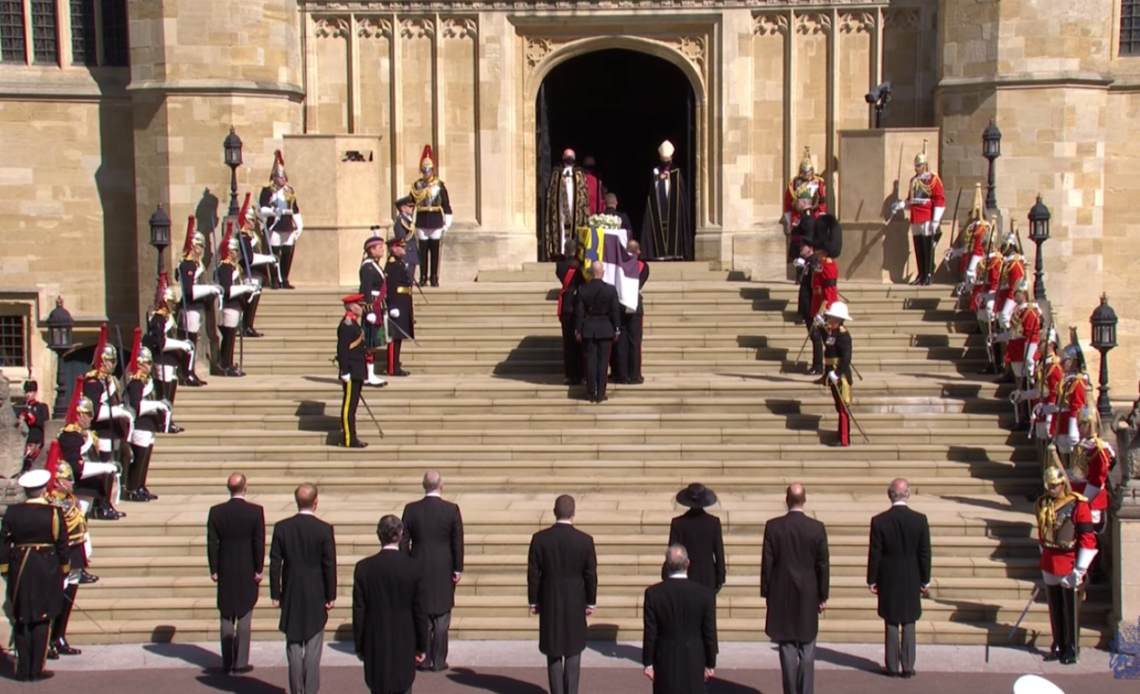 The Duke of Edinburgh’s funeral procession began its short journey from the State Entrance of Windsor Castle to St George’s Chapel flanked by members of the military serving as pallbearers.

Prince Philip’s coffin rested on a specially designed Dark Bronze Green Land Rover hearse, which the Duke helped to design himself. His casket was draped in his Personal Standard with his sword, naval cap and a wreath of flowers on the top.

The Prince of Wales, The Princess Royal, The Duke of York and The Earl of Wessex walked alongside their father’s hearse, while the Duke of Cambridge, Duke of Sussex, Peter Phillips, Timothy Laurence (Princess Anne’s husband) and the Earl of Snowdon walked in a procession behind the coffin.

The Queen followed the procession in the State Bentley with her lady-in-waiting.

The Dean of Westminster said prayers in Windsor Castle’s Inner Hall before Prince Philip’s coffin was carried to the State Entrance by Bearer Party found by The Queen’s Company, 1st Battalion Grenadier Guards.

There was a minute of silence once His Royal Highness’s coffin arrived inside St George’s Chapel.