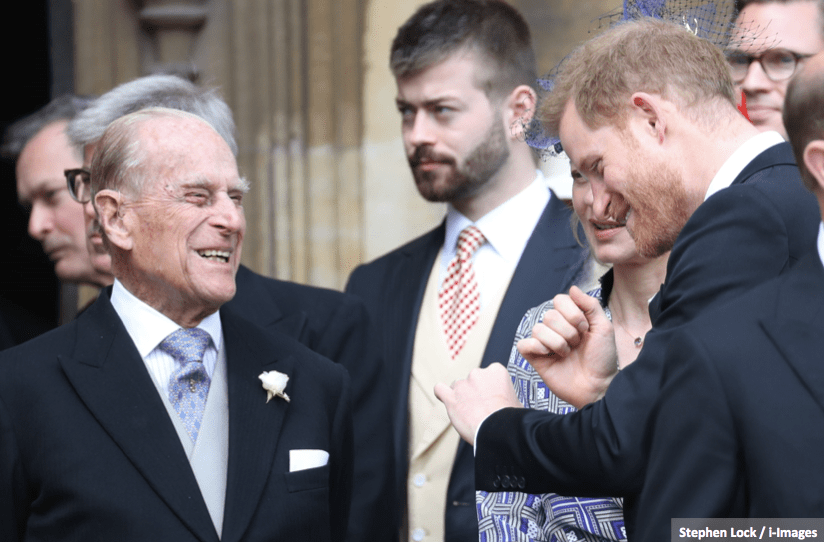 The Duke of Sussex became aware of the death of his grandfather in a frantic manner due to the difficulty in eight-hour time difference.

According to The Sun on Sunday, royal aides encountered great problems in making Prince Harry aware of Prince Philip’s death.

The Duke of Edinburgh died on the morning of April 9, with the news being announced to the public at midday.

This means it would have been the middle of the night when Buckingham Palace officials attempted to contact Prince Harry.

The Sun says that it has seen documents showing that an official from the US Embassy in London called Santa Barbara Sheriff’s Office at 2.30am local time.

The Embassy official told the Sheriff’s Office to send a police officer to the home of the Duke and Duchess of Sussex, telling the Prince to “check his phone.”

It was noted in the document that the police passed the message on as requested.

Following his grandfather’s death, the Duke of Sussex flew from California to the United Kingdom to attend his funeral at St George’s Chapel, Windsor.

In a tribute to Prince Philip, Harry said: “My grandfather was a man of service, honour and great humour. He was authentically himself, with a seriously sharp wit, and could hold the attention of any room due to his charm—and also because you never knew what he might say next.

“He will be remembered as the longest reigning consort to a Monarch, a decorated serviceman, a Prince and a Duke. But to me, like many of you who have lost a loved one or grandparent over the pain of this past year, he was my grandpa: master of the barbecue, legend of banter, and cheeky right ‘til the end.

“He has been a rock for Her Majesty The Queen with unparalleled devotion, by her side for 73 years of marriage, and while I could go on, I know that right now he would say to all of us, beer in hand, ‘Oh do get on with it!’

“So, on that note, Grandpa, thank you for your service, your dedication to Granny, and for always being yourself. You will be sorely missed, but always remembered—by the nation and the world. Meghan, Archie, and I (as well as your future great-granddaughter) will always hold a special place for you in our hearts.