#OnThisDay in 1837 Francis, Duke of Teck, father of Queen Mary, was born

Francis, Duke of Teck, was born on this day in 1837. He was the father of Queen Mary, the wife of King George V, and therefore a great-grandfather of the present Queen.

When Francis was just four years old, his mother died in a carriage accident. He was educated at the Imperial Austrian Academy of Engineers from 1849 to 1853 and joined the Imperial Austrian Army as a lieutenant in the 1st Lancers in 1854. He transferred to the Guard Squadron in 1858 and later became a cavalry Captain in the 7th Hussars. He took part in the Austro-Sardinian War in 1859, and was awarded the gold medal for distinguished service at the Battle of Solferino.

In 1863, Francis was created Prince of Teck, with the style His Serene Highness.

He later served during the Austro-Prussian War in 1866 and retired from the Austrian Army when he married and moved to England in 1866.

As the product of a morganatic marriage, therefore without succession rights to the throne of Württemberg, and with limited means compared to other European princes, Francis was not particularly eligible. He ended up marrying his father’s third cousin, Princess Mary Adelaide of Cambridge, the younger daughter of Prince Adolphus, Duke of Cambridge, and a granddaughter of King George III, known as ‘Fat Mary’ because of her wide girth.

Mary Adelaide was four years older than Francis and had appeared destined for a life of spinsterhood as she was still unmarried by the age of 30, when her cousin Queen Victoria set to the task of finding her a suitable husband.

The Tecks had one daughter, Princess Victoria Mary, known in the family as May, born in 1867, who went on to marry the Duke of York in 1893 and later became Queen Consort of the United Kingdom, and three sons, Prince Adolphus, Prince Francis and Prince Alexander. 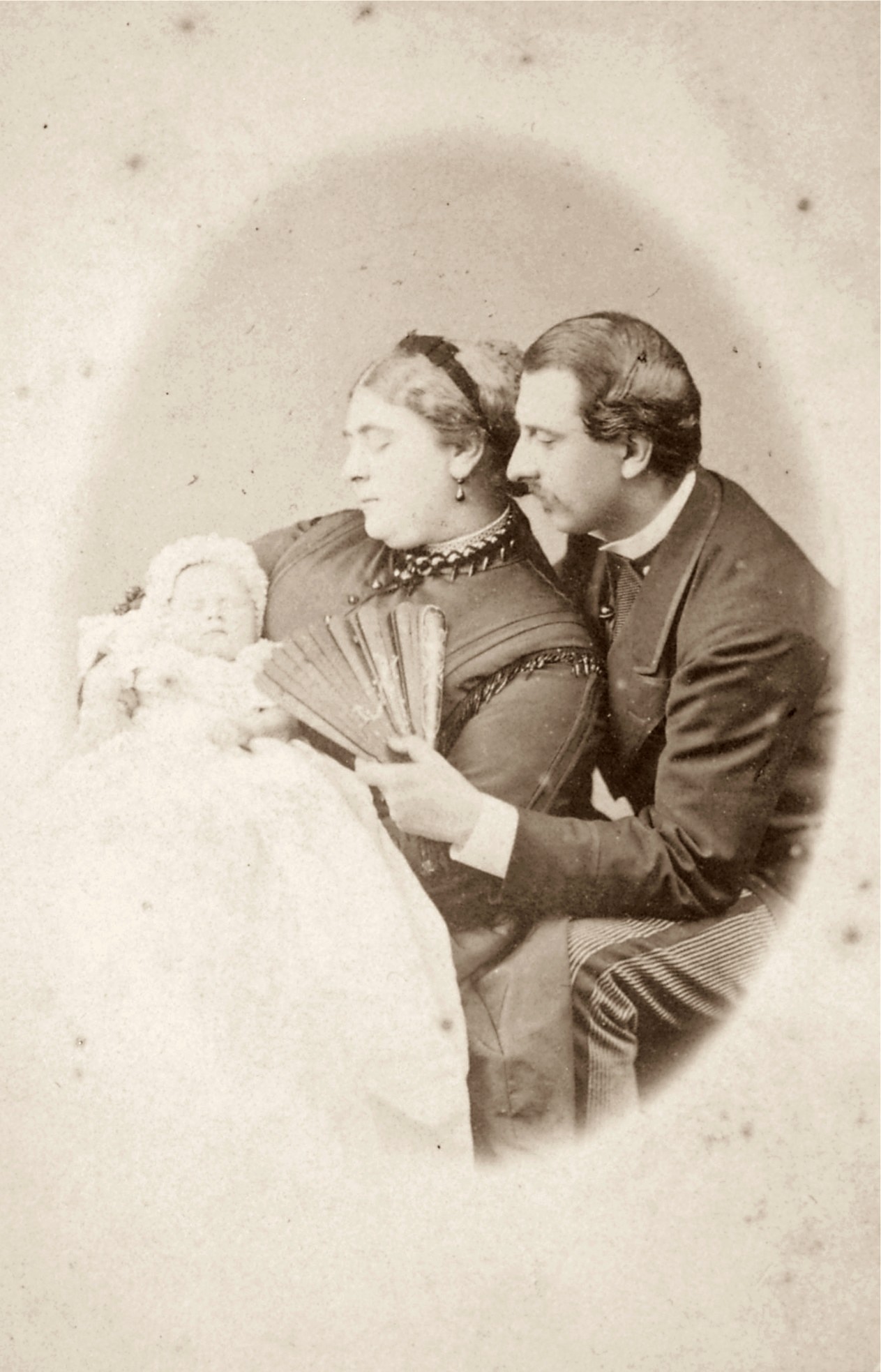 The newly-married Duke and Duchess of Teck took up residence in London, where the Queen had provided them with an apartment at Kensington Palace and where they could count on the £5,000 of Parliamentary annuity Mary Adelaide received to carry out royal duties.

Mary Adelaide requested that her new husband be granted the style of Royal Highness, but Queen Victoria refused. The Queen did, however, promote Francis to the rank of Highness in 1887 as a gift in celebration of her Golden Jubilee.

He was attached to the staff of General Sir Garnet Wolseley during the 1882 Egyptian campaign. Despite their modest income, Mary Adelaide had expensive tastes and lived an extravagant life of parties, expensive food and clothes and holidays abroad. The debts soon built up and the Tecks were forced to flee the country in 1883 to avoid their creditors.

They travelled to Florence, Italy and also stayed with relatives in Germany and Austria.

The Tecks returned from their self-imposed exile in 1885 and continued to live at Kensington Palace and White Lodge in Richmond Park.

While Mary Adelaide began devoting her life to charity, serving as patron of Barnardo’s and other children’s charities, Francis was made a supernumerary Major-General in the British Army in 1893 and a Lieutenant General in the German Army two years later.

In 1897, the Duchess of Teck died, leaving Francis a widower. He continued to live at White Lodge, Richmond, but did not carry out any Royal duties, although he continued to receive the late Duchess’s Parliamentary annuity.

He was president of the Royal Botanic Society and a member of numerous clubs, including White’s, the Marlborough Club, the Army and Navy Club, the Cavalry Club and many more.

The Duke of Teck died at the age of 62 on 21 January 1900 at White Lodge, Richmond, almost exactly a year before Queen Victoria, and is buried next to his wife in the Royal Vault at St. George’s Chapel, Windsor.