New details about Prince Charles and Duchess of Cornwall’s visit to New Zealand, Tuvalu and the Solomon Islands released 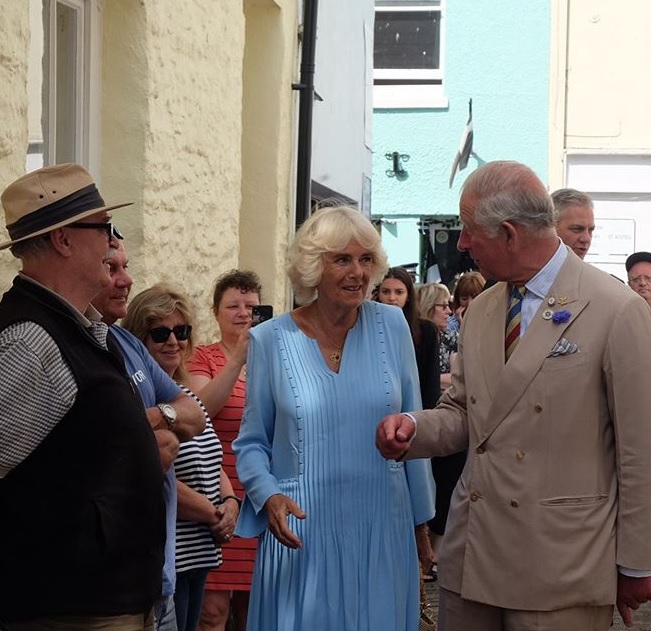 More details have been announced about the upcoming tour of New Zealand, as well as Prince Charles’s visit to Tuvalu and the Solomon Islands.

Their visit, which takes place from 17 to 23 November, comes at the request of the New Zealand government and will see them visiting Auckland, the Waitangi Treaty Grounds, Christchurch and Kaikōura.

Per Clarence House, “The Prince and The Duchess will visit programmes and organisations working in areas they are committed to supporting. The Prince will focus on young people and youth opportunity, as well as environmental issues – with particular emphasis on tackling plastic waste. The Duchess will continue her focus on key themes including domestic violence and literacy.”

In Auckland, they will be officially welcomed at Government House by Prime Minister Jacinda Ardern and visit community-based projects “working to address social issues and create youth opportunity.”

Following their time in Auckland, they will travel to the Waitangi Treaty Grounds to receive an official welcome from the Māori people, and to “honour the relationship between The Crown and the Māori people.”

In Christchurch, they will see how the city has rebuilt in the aftermath of both the 2011 earthquake and the Mosque attacks earlier this year in March.

Prince Charles will travel to Kaikōura to learn about how the 2016 earthquake impacted the town, “especially on the road and rail connections.”

Prince Charles and Camilla last visited New Zealand in 2015; this will be their third joint visit to the country. Following their visit, Prince Charles will travel on to Tuvalu and the Solomon Islands at the request of the Government while Camilla returns to the UK.

In Tuvalu, Prince Charles will “focus on environmental issues and how local communities are responding to climate change,” including meeting with young people to discuss climate change and how they are contributing to solve the problems posed by climate issues.

In the Solomon Islands, Prince Charles will devote his time to ocean preservation and climate change and will learn more about the country’s “sustainable fisheries management in the Pacific Ocean.”

This will mark Prince Charles’s first visit to the Solomon Islands. It is his second visit to Tuvalu; he last visited in 1970.