Lord Mountbatten – the man behind the making of Prince Charles 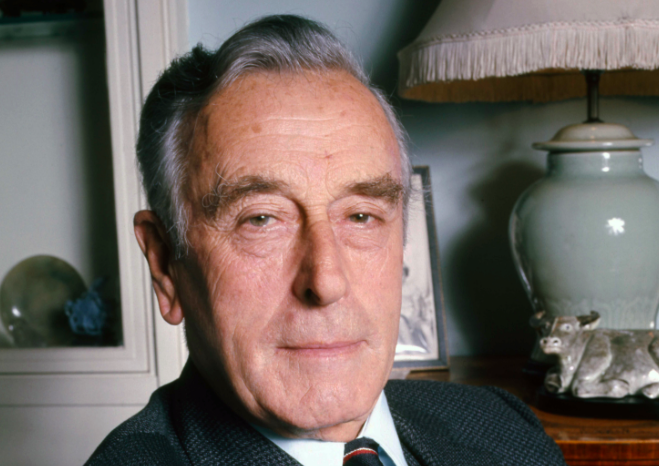 Growing up in the Royal Family is an experience quite unlike the childhood many (if not all) of us had. Although Prince Charles was lucky enough to have both his parents in his life, they were both quite absent from his upbringing. This was both due to the fact mummy and daddy are Her Majesty Queen Elizabeth II and Prince Philip and the fact that the Queen was frightened by the tough nanny Helen Lightbody, and would stay clear of the nursery while she was in there.

By the time Helen was sacked, Charles was older, he had also bonded with his “Honorary Grandfather”, Admiral of the Fleet Louis Francis Albert Victor Nicholas Mountbatten, 1st Earl Mountbatten of Burma, better known as Lord Mountbatten. Lord Mountbatten was an uncle to Prince Philip and second cousin once removed to Queen Elizabeth. But other than being related to the future King, what experience did Mountbatten have in raising the young Prince?

Mountbatten counselled Charles on a great many things, most famously his love life. It was Mountbatten who had arranged the visit of King George VI and Queen Elizabeth to Dartmouth Royal Naval College on 22 July 1939. Included in these plans were Princesses Elizabeth and Margaret, who were to be entertained by his nephew, Cadet Prince Philip of Greece while their parents toured the college. The first meeting of the then 13-year old Princess Elizabeth and Prince Philip.

Playing matchmaker once again, Mountbatten spoke to Charles in 1974 about a possible marriage to his granddaughter, Amanda Knatchbull, Charles took his advice and wrote to Amanda’s mother, Lady Brabourne (also Charles’s godmother), about the potential marriage. Lady Brabourne supported the match but asked Charles to wait as Amanda was still too young to be courted. Mountbatten also suggested to Charles that he should be “sowing some wild oats” before settling down, as the perfect wife and future Queen will not be the woman a 20-something-year-old wishes to have romantic encounters with. To ensure Charles affairs were kept away from the media, Mountbatten offered up his home as a get-a-way for the prince.

Twelve years before, Mountbatten spoke in an interview to Brain Connell of a future potential bride saying, “You have got to choose somebody very carefully, I think, who could fulfil this particular role…it has got be somebody very special”. Counselled by Lord Mountbatten, Charles was to look for a wife without “a past” that the media could dig up- a category that Lady Diana would fall into years later.

Mountbatten secured an invitation for himself and his granddaughter, Amanda to join Charles on his upcoming tour of India to take place in 1980. Both of their fathers vetoed the idea, for the public’s reaction to Mountbatten would outshine Charles and the scrutiny of the press would be too much for the budding romance between Charles and Amanda. Plans were changed for Charles to tour alone, but Mountbatten never lived to the planned date of departure. Later that year Charles proposed to Amanda, but she rejected the offer – not to the surprise of Charles.

When Lady Diana Spencer became a part of Charles life in July 1980, his biggest confidant was not there to guide him. Between the pressure of the press and a letter from Prince Philip telling Charles to make up his mind for his sake and the reputation of Diana, Charles proposed to Diana despite being ready. He admitted to a friend that he did not yet love her, although he did believe one day he could. Had Mountbatten still have been alive he may have been able to guide Charles through the complicated time personally (not on paper like the letter that his own father had sent him), Charles’s apprehensiveness and even Diana’s that Charles was unable to see would have been brought to light and the tragic marriage between the two of them may have never taken place. Yet of course that is all speculation.

The death of Lord Mountbatten by an IRA bomb on 27 August 1979 while on a boat near his summer home in Mullaghmore, County Sligo, Ireland came too soon and we will never find out how the advice from him “honorary grandfather” could have changed history as we know it.