Royal Wedding Rewind: the Duke and Duchess of Kent 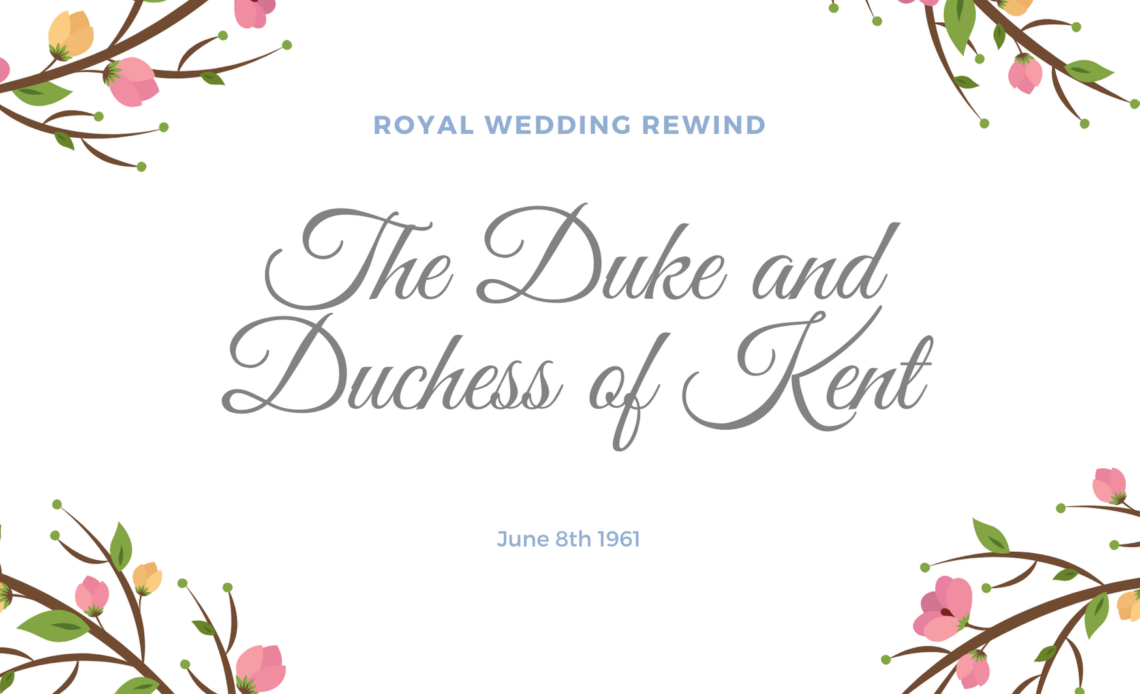 It was a royal wedding that made history and brought the House of Windsor one of its most popular ever members. In June 1961, the Duke of Kent married Katharine Worsley. The new Duchess of Kent would go on to be an instant hit and, alongside her husband, spend decades carrying out engagements on behalf of the Queen. Their wedding day also turned an ancient church into a royal marriage venue for the first time since the 14th century. On their Diamond Anniversary, Royal Central looks backs to the royal wedding of the Duke and Duchess of Kent.

Prince Edward, Duke of Kent and Katharine Worsley had met while he was stationed with his regiment at Catterick Garrison in Yorkshire, near to her familial home. They announced their engagement in March 1961 and set their wedding date for June 8th. But unlike other brides of the House of Windsor, Katharine chose not to marry in London. She wanted her special day to take place in the county of her birth and so, for the first time in over 600 years, York Minster was chosen as the setting for a royal wedding.

The bride walked into the Minster on the arm of her father, Sir William Worsley, and followed by eight bridesmaids including Princess Anne. The Duke of Kent chose his only brother, Prince Michael, as his best man. The marriage ceremony was conducted by the Archbishop of York, Michael Ramsey, with the Queen as guest of honour. As well as the House of Windsor, royalty from Greece, Spain and Denmark attended the celebrations.

The new Duchess of Kent chose a dress designed by John Cavanagh. It featured a rounded neckline with fitted bodice and sleeves. The structured waist gave way to a huge, full length skirt while the train measured 15 feet. The ensemble, in pure white, was made from patterned silk gauze. The tulle veil was held in place with a diamond bandeau tiara which had once belonged to Queen Mary, the bridegroom’s grandmother. Katharine carried a bouquet of York white roses.

After the ceremony, the couple and their guests headed to the bride’s family home at Hovingham Hall for the reception. The Duke and Duchess of Kent, who have three children and ten grandchildren, remain among the most popular members of the Royal Family.