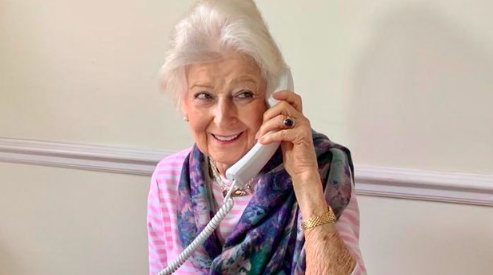 In years gone by, it was customary for the birth of any royal baby to be witnessed by the UK Home Secretary ensuring the new arrival was genuine.

The Queen’s cousin, Princess Alexandra, was the last royal to have had her birth witnessed by the by an official political observer in 1936.

Sir John Simon, Her Majesty’s Secretary of State for the Home Office, was present when Princess Marina gave birth to baby Alexandra on Christmas Day 85-years ago.

After the birth of Alexandra, the practice was deemed unnecessary by King George VI, and there is now no need to require the attendance of a politician to ensure the legitimacy of royal births.

The change was made before the then Princess Elizabeth gave birth to Prince Charles in 1948. Charles was the first member of The Royal Family to have been born without a government observer, enabling the royals to have a greater degree of privacy.

The tradition for a politician to attend a royal birth began after the birth of James Edward Francis Stuart in 1688, who was the son of King James II of England and Ireland and King James VII of Scotland and his second wife, Mary of Modena.

As the Duke of York, James began to explore the Catholic faith after spending time in France with his first wife, Anne Hyde, and converted to the faith in the late 1670s. The Duke’s brother, King Charles II, was against his conversion to Catholicism and stipulated that James’ young daughters, Mary and Anne, continue to be brought up in the Anglican faith.

The death of King Charles II in 1685 without any legitimate children meant the throne now passed to his brother, James. In June 1688, the King’s wife, Mary of Modena, bore a healthy son – James Francis Edward – who was now heir to the throne.

News of the birth was met with denial – opponents of the King, who were fearful of a Catholic dynasty, began to make known a theory that Mary’s child had in fact been stillborn, and that another baby had been brought into the bedchamber to be announced as the heir to the throne.

This theory gathered traction and was one of the reasons used by William of Orange (who was married to the King’s eldest daughter, Mary), to invade England, demanding an investigation into the birth. Mary of Modena and her young son fled to France, where they remained permanently exiled.

King James II left England on Christmas Eve, 1688 after which it was declared by Parliament that he had abdicated the throne, and William of Orange and his wife, Mary, were to be to appointed as joint monarchs of England. These events contributed to the ‘Glorious Revolution’, which had a lasting impact on the monarchy.

After the birth in 1688, it was decided that all future royal birth regarding heirs to the throne must be witnessed by a number of politicians, so that they could be verified as genuine and the baby as the rightful heir.

By the time the future Queen Mary gave birth to her first child, in 1894, her grandmother in law, Queen Victoria, had decided the presence of the Home Secretary was sufficient.

The births of both HM The Queen and her sister, Princess Margaret, were attended by the Home Secretary of the time.