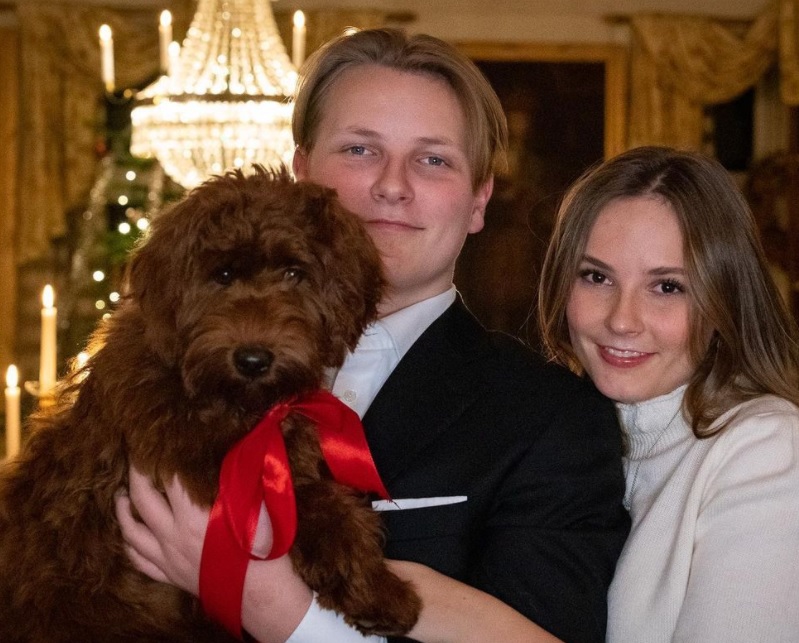 Norway’s royals have been joined by a brand new member for Christmas. The family of the Crown Prince and Princess have welcomed a puppy called Molly Fiskebolle.

The new addition was introduced on the family’s official social media on Christmas morning. The puppy was seen being cuddled by Prince Sverre Magnus and Princess Ingrid Alexandra as the festivities got under way.

Molly Fiskebolle joins the family five months after they lost their beloved labradoodle, Muffins, who died of cancer during the summer. They still own Muffins’ mum, Milly.

As they mourned Muffins, Crown Princess Mette-Marit said ”Ever since she came into the world, she has been a natural centre of our lives. She has been fed, dressed in all kinds of gloves, taken on trips and skis and has had a good dog life. She could be really naughty and loved to run away, but most of all, Muffins was especially fond of cuddles, children, robotic lawnmowers and Milly. She has given us all more love, comfort and laughter than we can hope for, and everyone here and Mom Milly misses her very much.”

The family make no secret of their devotion to their pets. They were joined by Muffins when they welcomed the Duke and Duchess of Cambridge to their home in 2018. They also took to social media to ask for help when Muffins appeared to run away although their pet later returned to their car unaided.

On Christmas Eve, Crown Prince Haakon, Crown Princess Mette-Marit and children attended a church service at Asker. They then travelled to Skaugum to spend the evening with King Harald and Queen Sonja.