Inside the Jubilee Exhibition: The Queen’s most famous portrait? 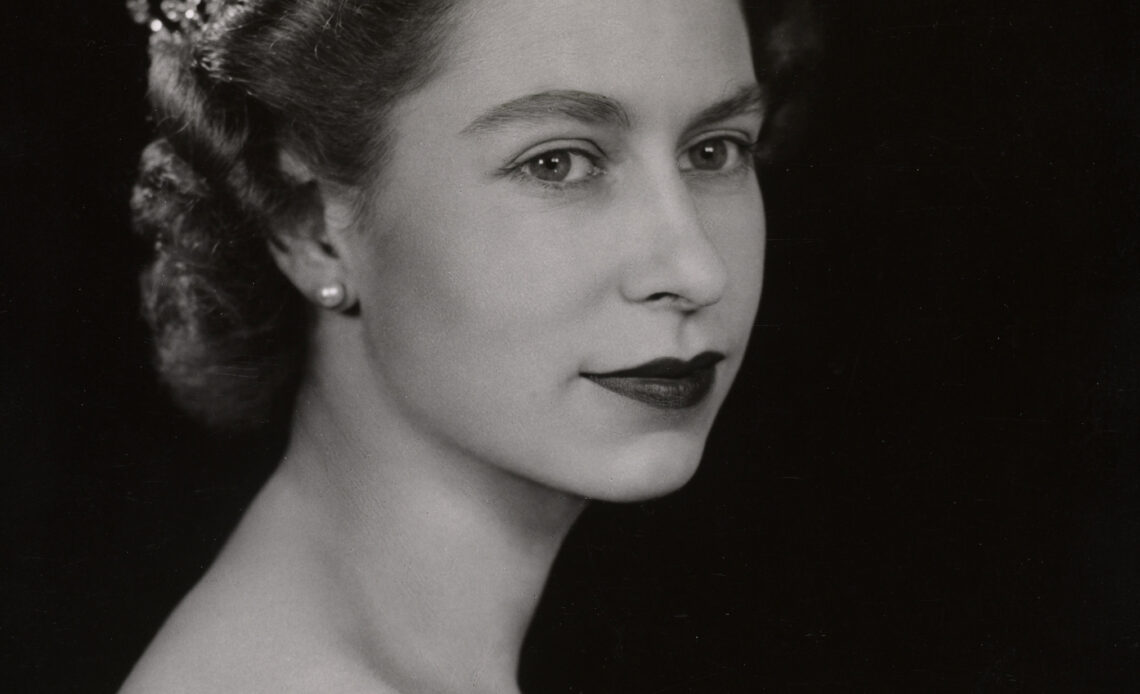 Dorothy Wilding (1893-1976) was one of few female royal photographers in the twentieth century. In 1937, she took the coronation portraits of King George VI and Queen Elizabeth.

On 6 February 1952, a young Queen Elizabeth II ascended the throne upon the death of her father. Less than three weeks later, Wilding took a series of iconic portraits.

Aside from being the first portraits of her reign, these Wilding portraits were used as a base for The Queen’s image on postage stamps in Britain from 1953 to 1971. A portrait was also sent to every British embassy in the world, cementing its place as an iconic portrait throughout the world.

The young Queen wore the Girls of Great Britain and Ireland Tiara for the portraits. The tiara still remains one of The Queen’s favourites, and she wears it often for formal events. Made by E. Wolff & Co. for R. & S. Garrard, it is in a scroll and fleur-de-lis design. It originally featured fourteen pearls, but they were changed to thirteen diamonds in the 1910s.

It was a wedding gift from her grandmother, Queen Mary, who received it herself as a wedding gift in 1893. The tiara went on display at St. James’s Palace ahead of the 1947 royal wedding, along with thousands of other gifts sent.

Platinum Jubilee: The Queen’s Accession will be open at Buckingham Palace from Friday, 22 July to Sunday, 2 October 2022. All three exhibitions will be included in regular ticket prices to visit.