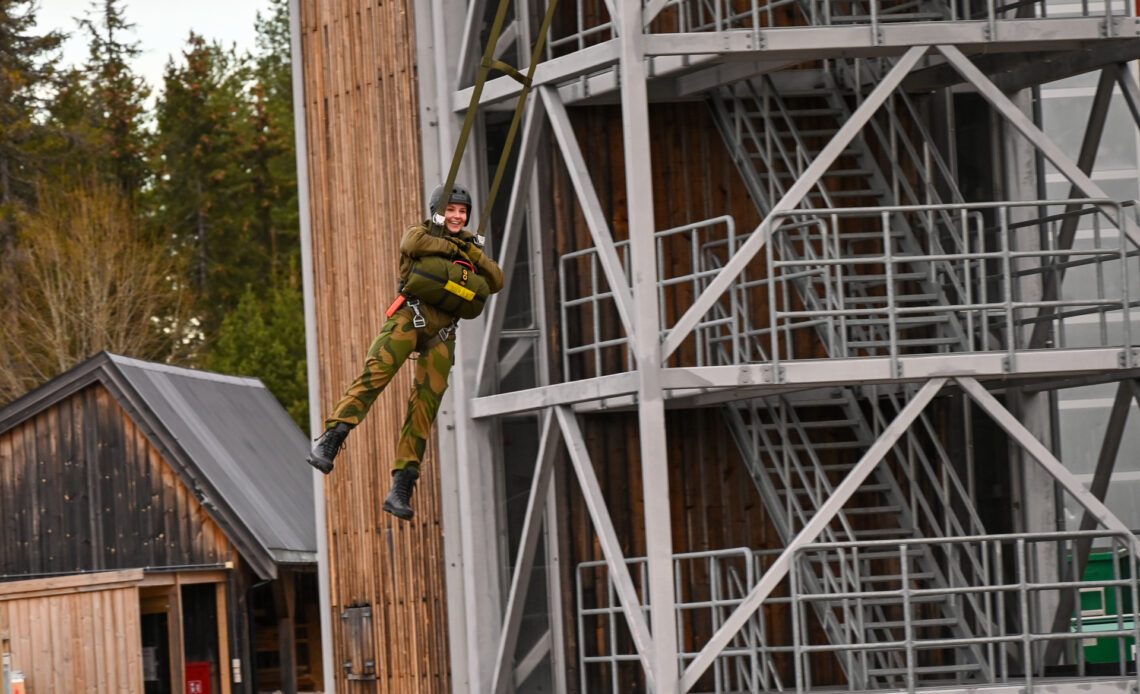 Princess Ingrid Alexandra has undertaken a solo engagement with a visit to the Hunter Troop.

The Princess, 17, visited soldiers at the Armed Forces Special Command on Saturday, 20 November. The visit was a gift for her confirmation by the Detention Centre in 2019.

Upon her arrival, she was received by Colonel Lars W. Lilleby at the training camp in Østerdalen. She underwent an orientation regarding the special forces of the Armed Forces to learn more about the activities they undertake inside and outside Norway.

She then put on a uniform before getting a tour of the camp and trying out some of the exercises herself, including a simulated parachute jump from a tower.

Afterwards, Ingrid Alexandra ate lunch with the soldiers and learned more about a planning mission set for that day. She then got to take part in a patrol during the exercise before concluding her day at a campfire.

Her Royal Highness also made sure to stop by the memorial park in the camp to pay her respects to soldiers who had lost their lives fighting for Norway.

Princess Ingrid Alexandra is the only daughter of Crown Prince Haakon and Crown Princess Mette-Marit, and she is expected to one day assume the throne after her father. As such, she will hold the highest rank of all the Norwegian military branches, so engagements like this are crucial to her preparation for one day becoming monarch.