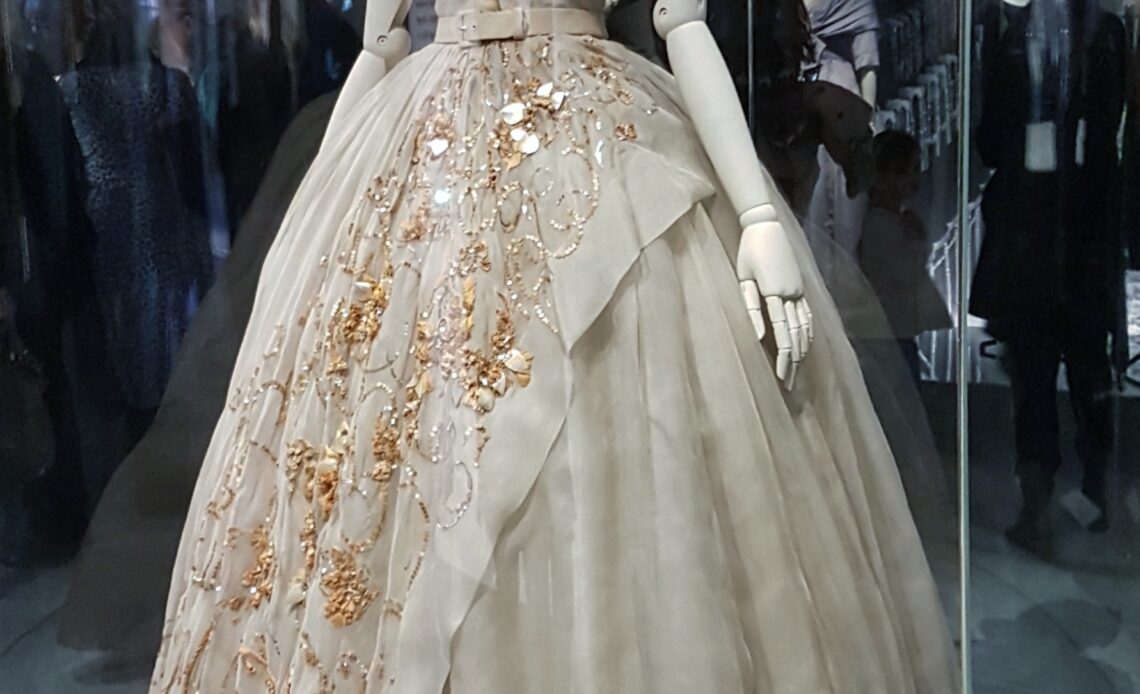 Christian Dior is one of the most famous names in fashion. For over seventy years, “Dior” has been synonymous with fashion, and Dior exhibitions across the globe continue to draw record-breaking numbers of visitors. However, when his collection first debuted in February of 1947, many people still questioned the New Look. Dior triumphed in the end though, as he quickly gained many notable devotées, including Princess Margaret.

Christian Dior was born in 1905 in Granville, a town on the French coast. Dior had always known that he wanted to be involved with the arts and in 1928, he left school to run an art gallery. The gallery would close three years later, due to many factors, but Dior knew that it was not his end. In 1937, he was hired by designer Roger Piguet to create designs – he stayed until he was called up for military service in 1940. While at Piguet, he worked with Pierre Balmain, and was succeed by Marc Bohan, who would also take the helm at Dior in 1960. In 1942, he left the military and along with Balmain, was hired by Lucien Lelong. And in February of 1947, Dior launched his own fashion house with what we now know as the New Look – a feminine shape with a full skirt, bucking the war-time requirements of minimal fabric.

Princess Margaret discovered Christian Dior on her first visit to the continent in 1949, when she met Dior at his atelier. Dior, a self-professed Anglophile, spent much of his time in England. In 1950, Queen Eizabeth and the Princesses Elizabeth and Margaret requested a private showing from the talented designer; he obliged, hosting the royal trio at the French embassy in London. While the future Queen Mother and Queen Elizabeth II enjoyed the show, it was Princess Margaret who stayed loyal to Dior.

Princess Margaret was the perfect model for Dior- the world was watching every fashionable step she took. Dior designed her 21st birthday gown which she wore for both her party and her birthday portraits (some of the most famous royal portraits of the twentieth century). The cream dress is an asymmetrical design with one shoulder strap, a belt at the natural waist, and a full skirt with seven layers of tulle. The gown features embroidery of gold raffia and sequins. It last went on display in the blockbuster exhibition, Dior: Designer of Dreams, and the Victoria and Albert Museum in 2019.

Their relationship was not solely limited to her wearing his designs. In 1954, Dior hosted a fashion show at Blenheim Palace to raise money for the Red Cross – Princess Margaret was more than willingly his guest of honour.

After his untimely death in 1957, Princess Margaret continued to patronise the House of Dior, wearing designs from both Yves St Laurent and Marc Bohan. The late Diana, Princess of Wales would also go on to be closely associated with Dior in the 1990s, with the Lady Dior handbag renamed in her honour.