Entrepreneurs welcomed to Windsor by The Queen 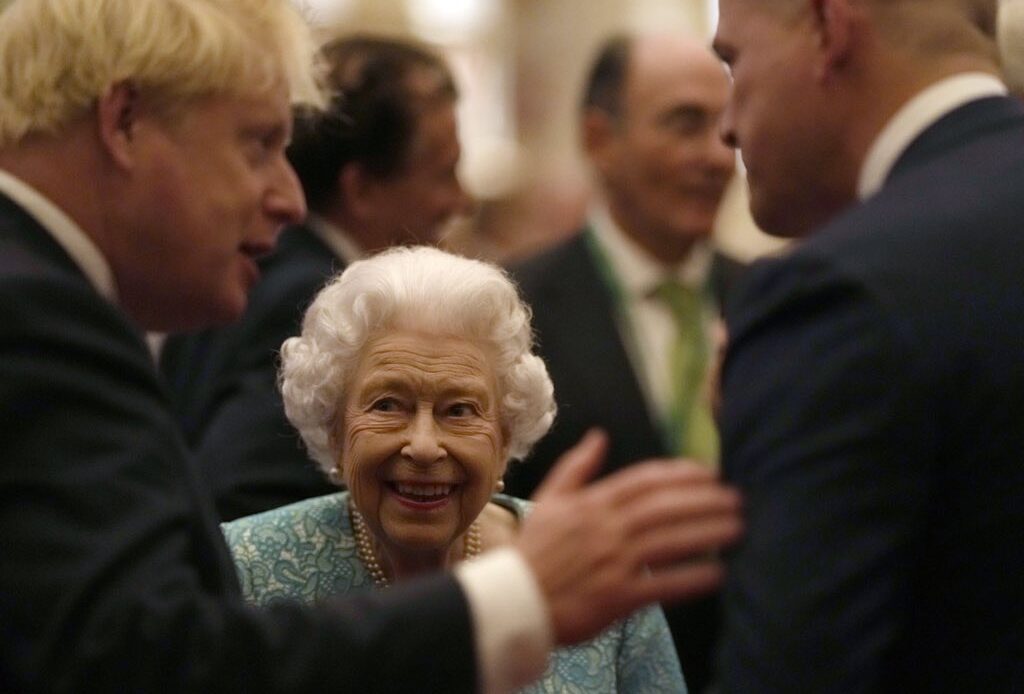 The Queen and members of the Royal Family attended a reception at Windsor Castle for the Global Investment Summit taking place in the United Kingdom on Tuesday.

Joined by The Prince of Wales, The Duke of Cambridge, The Duke and Duchess of Gloucester and Prince Michael of Kent, The Queen welcomed Prime Minister Boris Johnson, tech leaders, government leaders, and business delegates from all over the world.

The Global Investment Summit, according to Buckingham Palace, was a chance to “showcase the best of British innovation and highlight the UK’s role in green investment and clean technologies, to some of the most senior and influential business leaders from all over the world, ahead of COP26 in November.”

Guests included US Special Presidential Envoy for Climate John Kerry, who had announced on Sunday evening that the second Earthshot Prize ceremony—developed by The Duke of Cambridge—would be hosted in the United States.

Among the deals brokered, The Times reported that American billionaire Bill Gates invested £200 million in the development of green technologies to help the UK reach net zero by 2050.

In a speech at the Summit, Prime Minister Johnson said: “Now is the time to buy into a country that has long-standing and natural advantages as a home for investment,” and a chance for a “new mission to unite and level up across the whole of the United Kingdom.”

In a written message for the Global Investment Summit’s official brochure, The Queen wrote that, despite the pandemic that left us all mostly isolated, “We have learned to connect with each other through innovative technologies and, in sharing the common goal of tackling the Covid- 19 pandemic, achieved scientific breakthroughs faster than was ever expected. It has been a reminder that the diversity of thinking and experiences that this collaboration brings is not only of social benefit, but imperative for innovation and transformation. It is in that spirit that I welcome you to the Global Investment Summit.”

She continued, saying that when we work together against the insurmountable odds, we can create technology that change the world, noting that the UK has played its part throughout history in developing said technology.

After drawing a parallel between the team at Bletchley Park who created the first modern computer in response to the Enigma code and how innovation has led to much of our modern tech, The Queen wrote that today’s challenge is “in working together across the globe to avert the challenges of climate change. It is our shared responsibility, of those in government, business, and civil society, to rise to this challenge.”

She added: “I am proud of how the United Kingdom is seeking to secure a sustainable future, yet there is still much more to do. This summit is not just a showcase, but an opportunity to come together and, in the generous spirit of collaboration, forge new partnerships. I invite you all to share in this spirit and wish that today brings the innovation of tomorrow.”

The Global Investment Summit comes ahead of the COP26 summit in Glasgow, which will focus on green and environmental global policies.

The Queen, The Prince of Wales and The Duchess of Cornwall, and The Duke and Duchess of Cambridge will attend events the first week of November to coincide with COP26.