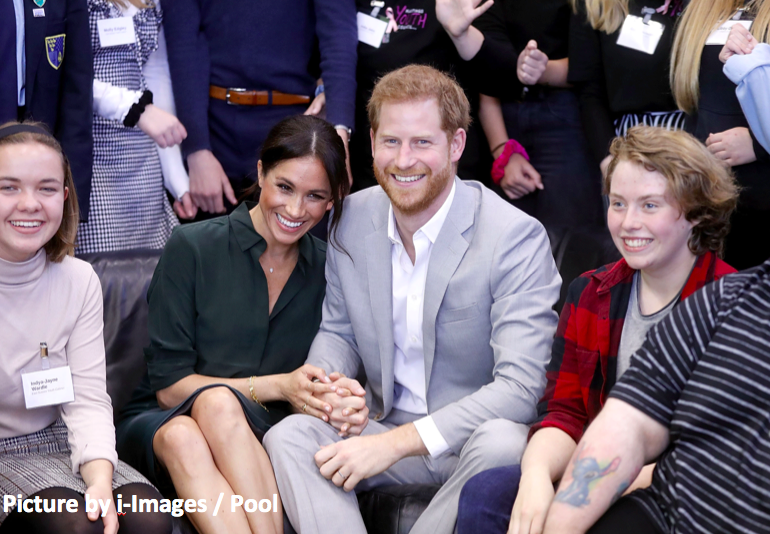 The Duke and Duchess of Sussex attended the WellChild Awards on Tuesday evening.

The WellChild Awards honours young people with “exceptional health needs” as well as the doctors, nurses, volunteers, and siblings “who have gone the extra mile to make a difference to the lives of seriously ill children, young people, and their families,” according to a blog post about the ceremony on its official website.

WellChild receives hundreds of nominations each year and uses a jury panel to select the winners. Tara Parker, WellChild’s Director of Programmes said that the awards “are a perfect demonstration of WellChild’s commitment to helping as many seriously ill children and their families as we can and embody our aim of raising awareness of the needs of this growing population.”

The pair met with some of the honorees prior to the ceremony. Meghan revealed to Milly Sutherland, Most Caring Child Award winner, that baby Archie was now part of a playgroup and that she’d taken him that morning. “It was a lot of fun. He loved it,” she said in a video captured by royal correspondent Omid Scobie.

Harry gave an emotional speech at the ceremony, saying that now, as a father, the charity’s work resonates at a different level.

“It has been over a decade since I first came to these awards and every year they never fail to surprise and inspire me. Yet this year, it resonates in a different way because now I’m a father.

“Last year, when my wife and I attended, we knew we were expecting our first child – no one else did at the time, but we did – and I remember squeezing Meghan’s hand so tight during the awards, both of us thinking what it would be like to be parents one day, and more so, what it would be like to do everything we could to protect and help our child should they be born with immediate challenges or become unwell over time.”

He continued, “And now, as parents, being here and speaking to all of you, pulls at my heartstrings in a way I could have never understood until I had a child of my own.”

Prince Harry has attended the awards for over a decade, and it quickly became a staple on Meghan’s calendar when she married him.