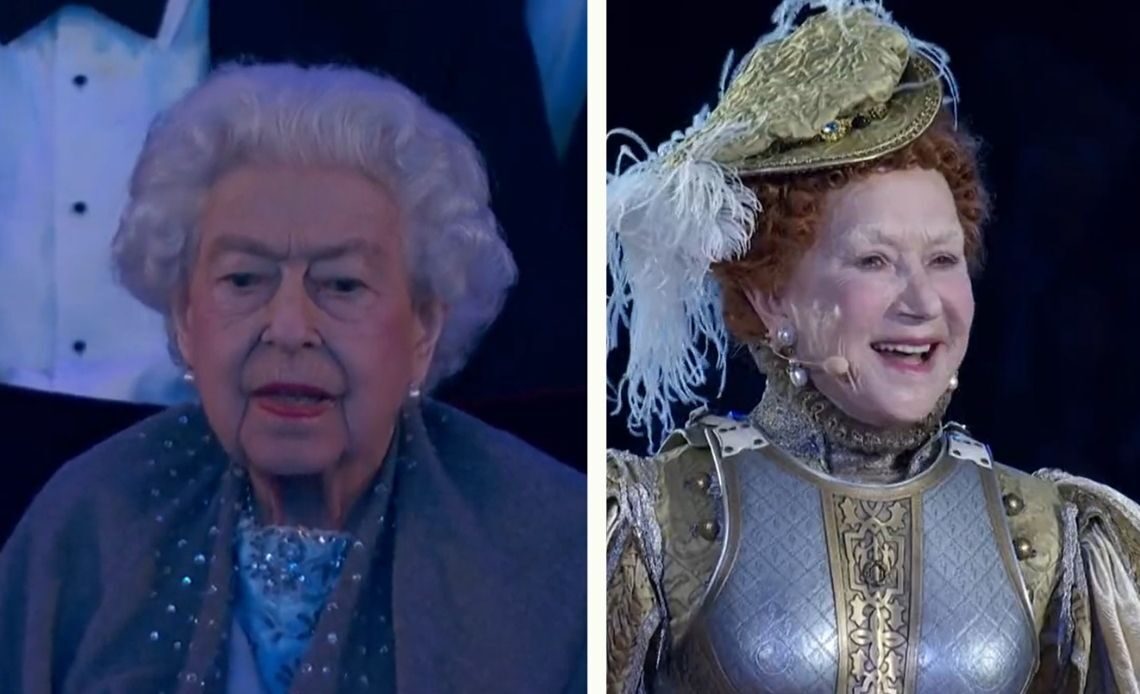 Dame Helen Mirren has offered The Queen ”most sincere and loving thanks” on behalf of the Commonwealth as the Platinum Jubilee summer celebrations got under eway.

Dame Helen, dressed as Elizabeth I, paid a fulsome tribute to Elizabeth II at the end of a special performance at the Royal Windsor Horse Show.

The Oscar winning star had taken to the stage as the first Elizabeth during ”A Gallop Through History”. Her rendition of the Tudor monarch’s famous Tilbury speech won a huge ovation and was one of the standout moments of a memorable night.

As the performance came to an end, Dame Helen once more returned as Gloriana. However, her words were spoken on behalf of millions around the world as she led a heartfelt tribute to The Queen.

With a voice filled with emotion, Dame Helen said ‘“I voice our loyalty and our appreciation on this celebration of your Majesty’s 70 years on the throne of the United Kingdom and of the many other nations where you are Head of State.

“For all these years you have carried our nation. You have been at its heart, its drumbeat. You have given us purpose and when situations have been challenging, your hope, guidance and leadership have been unswerving.

“I address you on behalf of all your loyal subjects. We commend and admire the way that you carry out the affairs of state with such dexterity and poise.

“I therefore speak on behalf of a grateful nation and Commonwealth when I give you our sincere and most loving thanks.”

The tribute won another big round of applause as well as cheers while The Queen appeared moved as she accepted the ovation.

”A Gallop Through History” at the Royal Windsor Horse Show was the first major event of this summer’s Platinum Jubilee celebrations. The main weekend of festivities starts on June 2nd with Trooping the Colour and runs until June 5th when the Platinum Pageant will take over the streets of London.

Elizabeth II became the only British Monarch to mark a Platinum Jubilee on February 6th 2022 when her reign reached 70 years.